Skip to main content
A health worker innoculates a colleague with a Covid-19 vaccine at a national hospital in Colombo on January 29, 2021 ( AFP / Ishara S. KODIKARA)

Facebook posts have circulated in Sri Lanka claiming a hospital in the capital Colombo "declared a state of emergency" in early August as Covid-19 infections surged. These posts also show several photos of exhausted health workers. The posts are false: the hospital denied it had declared a state of emergency as of August 12. The photos were previously shared online in posts that state they show health workers from other countries -- not Sri Lanka.

"Colombo IDH has declared a state of emergency. So everyone who is wandering around aimlessly, think a little that they too have family," reads this Tamil-language Facebook post on August 5. 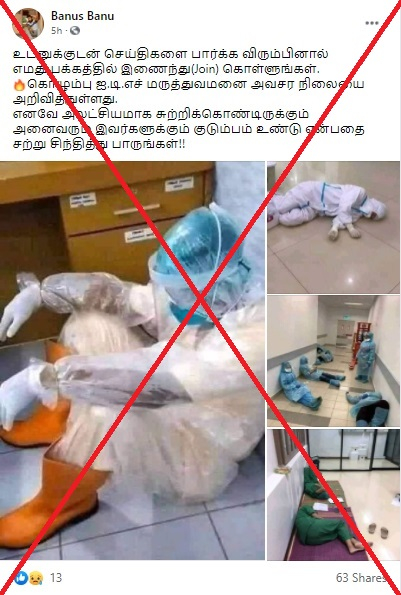 The post circulated online as reports emerged of local hospitals declaring a state of emergency as they struggled to cope with rising Covid-19 infections.

Facebook posts here and here have also shared the same claim and set of photos.

These posts are false.

Colombo IDH had not declared a state of emergency due to Covid-19 as of August 12, a spokesperson confirmed to AFP.

"There is no situation that has developed yet that requires the hospital to declare a state of emergency," the spokesperson said.

Reverse image and keyword searches on Google found the photos in the posts had been shared in a misleading context.

They have previously been shared in posts about health workers from other countries -- not Sri Lanka.

The first photo was shared here on Twitter on May 28, 2021 by Noor Hisham Abdullah, the Director General of Health in Malaysia.

His tweet reads: "To all our frontliners although we have many sleepless nights and experienced chronic fatigue, let us all wipe our tears, chin up again, eyes forward and prepare for the huge battle against Covid-19 again."

The second photo appears in this report by the Vietnam Times on May 13, 2021, titled: "Heart-wrenching photos of exhausted frontline health workers".

The third photo was published by the Malaysian newspaper The Sun Daily here on March 23, 2020.

The report states: "The photo was tweeted by Khairul Azri (@mkhairulazri) with a caption stating he felt sorry for the frontliners from @KKMPutrajaya who were experiencing terrible burnout."

Finally, the fourth photo was shared in this Facebook post published by Arak Wongworachat, director of the Sichon Hospital in Thailand, on April 26, 2021.

The photo's Thai-language caption translates as: "The staff hardly had time to sleep. They must rely on the spacious area so that they could take a nap on the mats."

Below are screenshot comparisons of the photos in the misleading posts (L) and their corresponding images (R): 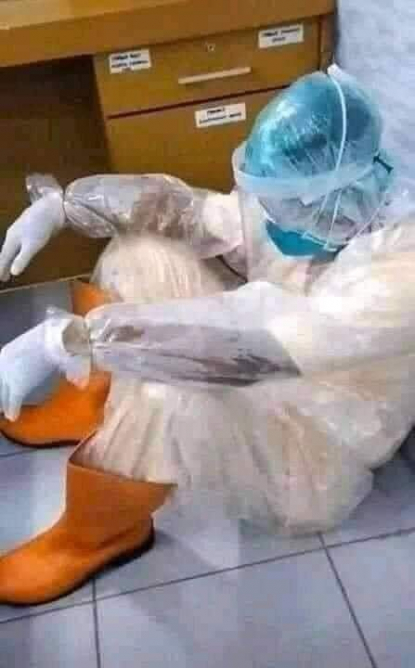 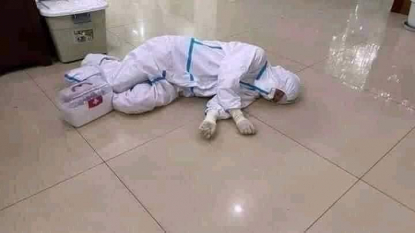 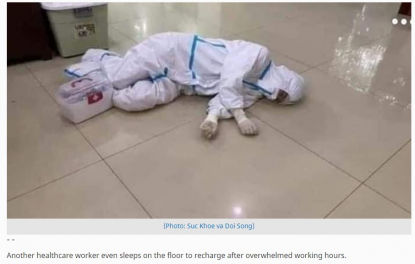 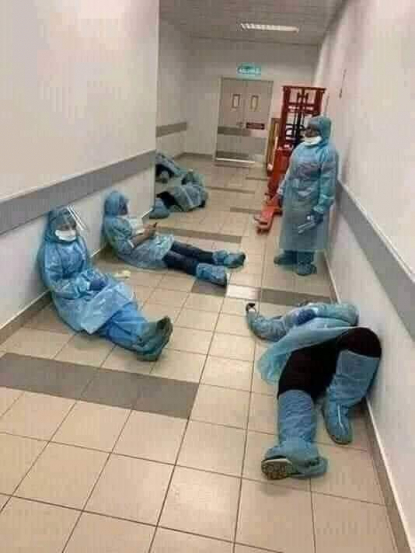 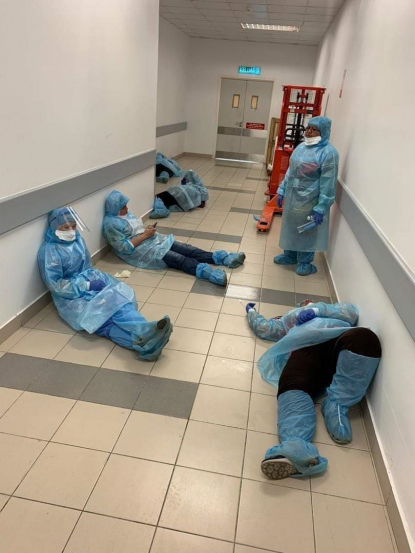 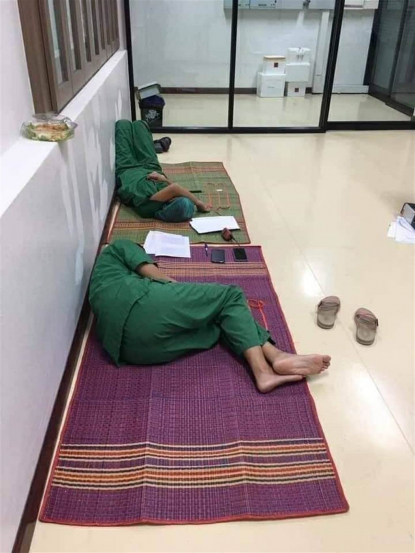 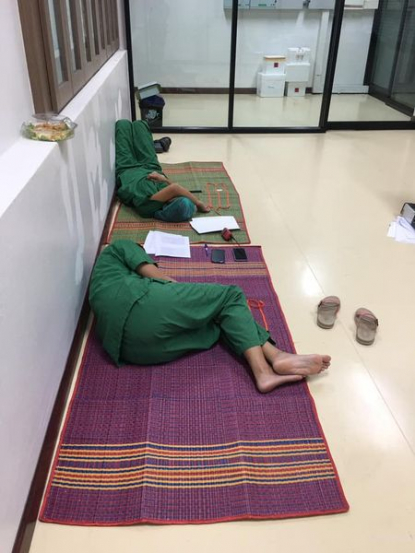