A video of a flooded street has been viewed thousands of times on Twitter alongside a claim saying it shows eastern China's Shanghai city when Typhoon In-Fa hit late July 2021. The claim is false: the video, even though filmed in Shanghai, has circulated online since at least August 2019, years before Typhoon In-Fa hit Shanghai.

"The power of Typhoon ‘In-Fa’ in Shanghai on July 25," reads the caption of this tweet on July 26, 2021. “The Xuhui district was seriously flooded." 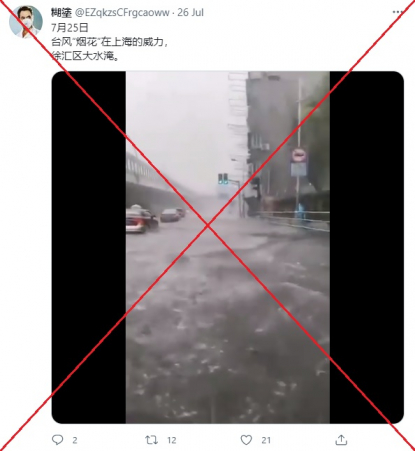 Xuhui is a district situated in eastern China's Shanghai city.

Typhoon In-Fa lashed eastern China with high winds and heavy rain on July 25, as AFP reported that other parts of the country were still cleaning up following historic flooding.

All inbound and outbound flights were cancelled for Shanghai's two international airports as were dozens of scheduled trains, while activity at the ports of Shanghai and Ningbo -- two of the world's largest -- was also shut down.

The video was also shared, for example here and here, on Twitter alongside similar claims.

The video, however, predates Typhoon In-Fa and has been posted online since at least 2019.

A reverse image search on Google found the same video published on Twitter here, dated August 10, 2019, with a description discussing the importance of the sewerage system during flooding. 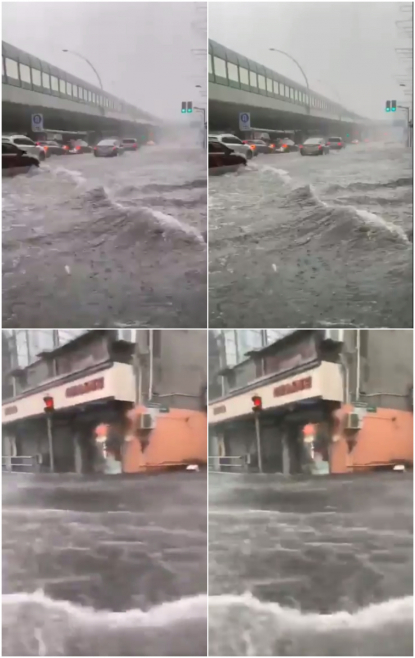 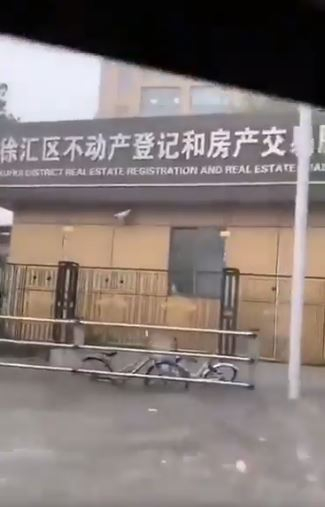 Below is a screenshot comparison between the signage in the misleading video (L) and on Baidu Maps (R): 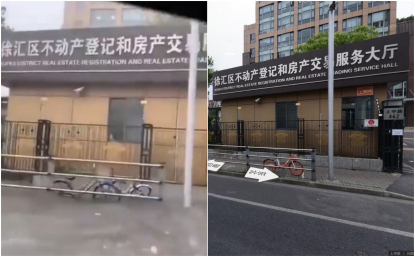 AFP has also debunked this rumour about a video that predates Typhoon In-Fa.