This photo was taken in the Philippines in 2020

A photo has been shared thousands of times in Facebook posts that claim it shows a father carrying his baby to safety after heavy floods struck Myanmar in July 2021. The claim is false; the photo was taken in the Philippines in November 2020.

"The sacrifice and love of a father during the flooding in Myanmar," the post reads. 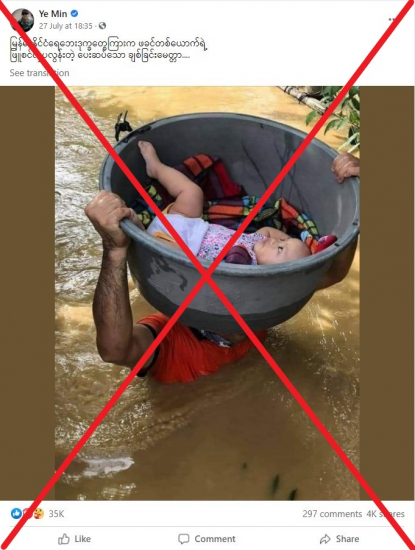 The photo was taken by the Philippine Coast Guard during a rescue operation after Typhoon Vamco caused flooding in the archipelago's northern provinces in November 2020.

AFP published the photo at the time, and it is still available here in AFP archives.

The photo caption reads, "This recent undated handout photo received from the Philippine Coast Guard (PCG) on November 14, 2020 shows coast guard personnel using a basin to evacuate a child from a flooded home in Cagayan province, north of Manila, days after Typhoon Vamco hit parts of the country bringing heavy rain and flooding." 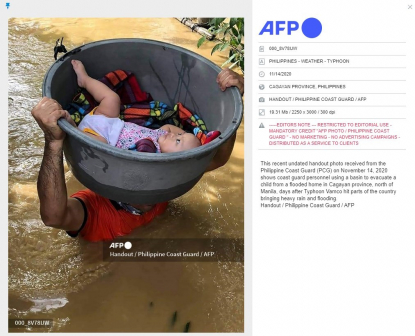 The Philippine Coast Guard posted the photo on Facebook on November 14, 2020.

The same photo was also published with the correct caption in this report by Vice magazine about flooding in the Philippines.