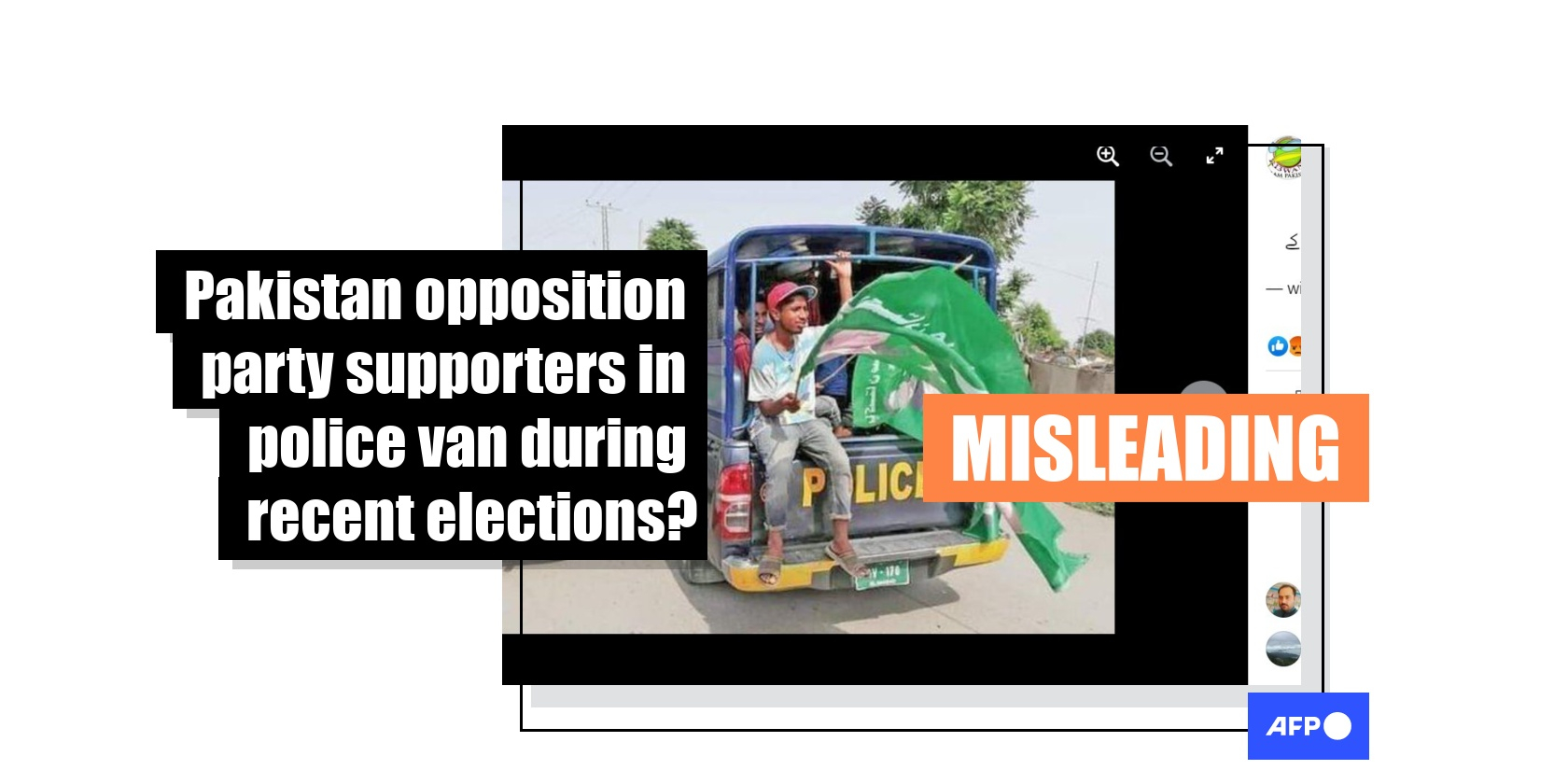 This is an old image showing Pakistan's national elections in 2018, not the recent poll in Kashmir

Facebook and Twitter posts in Pakistan purport to show a photo of supporters of an opposition party travelling in a police vehicle during recent provincial elections in Pakistan-administered Kashmir. The claim is misleading: the image is from 2018 and shows party supporters in the capital Islamabad during national elections that year.

“It’s Raja Farooq’s government and the police are fully supporting the N-League. The Election Commission in the Kashmir elections is sleeping with its eyes closed,” reads the post’s Urdu-language caption.

The image shows people travelling in a police van while waving a PML-N flag.

The province -- which follows a separate electoral process from the rest of Pakistan -- held its polls on July 25, which were won by the Pakistan Tehreek-e-Insaaf (PTI) party.

Several users appeared to believe the photo was from the recent AJK elections.

One wrote in Urdu: “The League supporters will achieve nothing, we’ve visited all of Kashmir. Allah willing, PTI will win” while another wrote in an Urdu transliteration: “In Pakistan, the police supports PTI against the TLP. They supported the N-League here, so what?”

However, the posts are misleading. The image shows PML-N supporters in the nation’s capital Islamabad during the national elections in 2018.

A reverse image search found the same photo posted here in a report by local media outlet Dawn News in 2018.

Below is a screenshot comparing the image in the misleading posts (L) with the one from Dawn News (R). The word ‘Islamabad’ can also be seen on the license plates in both images and has been circled in red by AFP: