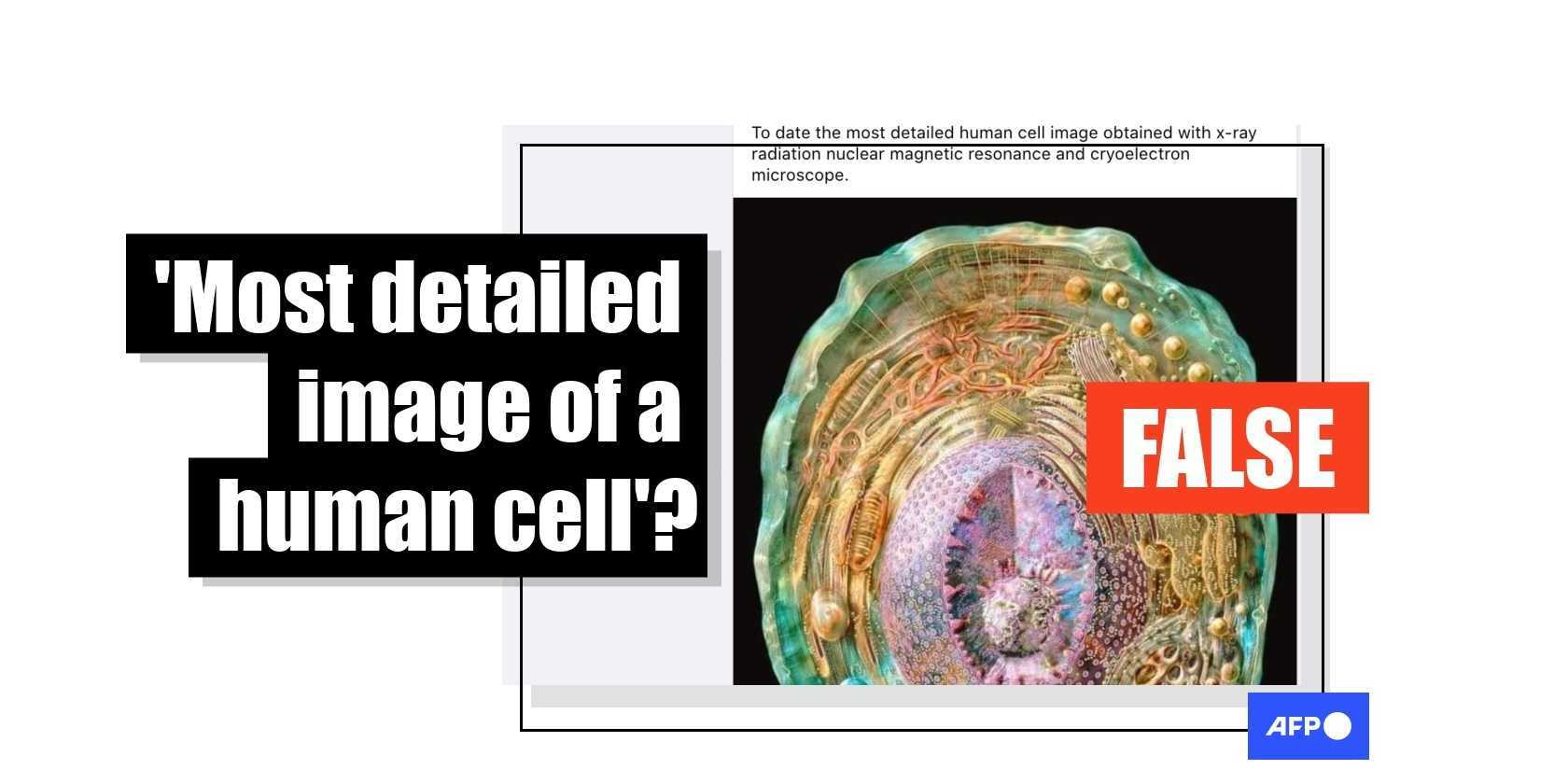 An image has been shared thousands of times in multiple social media posts alongside a claim that it shows 'the most detailed human cell image obtained with x-ray radiation, nuclear magnetic resonance and [a] cryoelectron microscope'. This is false: the picture is actually an illustration of an animal cell.

The image was posted here on July 24, 2021 by a Pakistan based user in a public Facebook group. 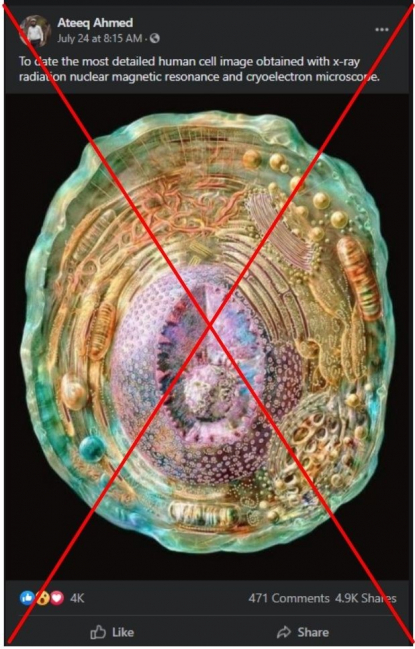 The photo has been shared online alongside a similar claim repeatedly in 2021.

The image is actually an illustration of an animal cell created by Australian based illustrator Russell Kightley. It was published by the biology chart website BioCam here.

It has also been featured in evolutionary biologist Richard Dawkins' 2009 bestseller "The Greatest Show on Earth" on pages 12 to 13.

According to his website, Kightley has been involved in medical and scientific illustration since 1981.

The misleading posts incorrectly labelled the cell as a human cell. 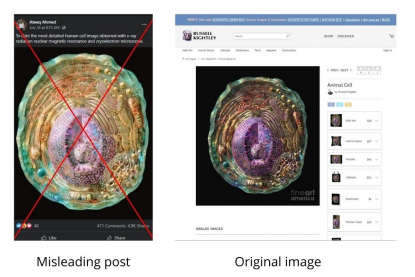 The captions on all three are identical.

They read in part: "Animal cell cutaway illustration ... Jewel like colours and very fine detail make this image ideal to illustrate complexity at the cellular level.

"Originally created for BioCam. This image features as a full-page colour plate in Richard Dawkins' latest bestseller 'The Greatest Show on Earth'."

Kightley told AFP: "This is the second time my image has gone viral with no attribution and with a misleading caption."