An image purporting to show detained Burmese leader Aung San Suu Kyi in a prison cell has been shared tens of thousands of times on Facebook. The claim is false; the image, originally published on online library Wikimedia Commons in 2013, has been doctored to add Suu Kyi’s face. 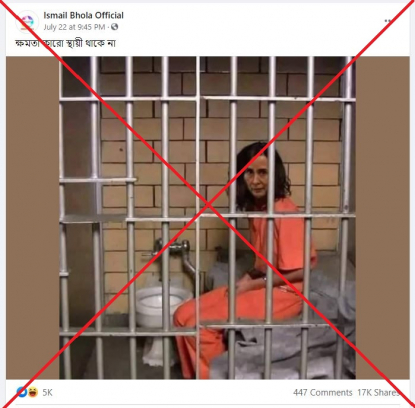 The image appears to show Myanmar's detained leader Aung San Suu Kyi dressed in orange overalls and looking out from a prison cell.

Aung San Suu Kyi is the leader of the National League for Democracy (NLD) party which claimed an overwhelming victory in the second parliamentary election in November 2020, only to be ousted by the Myanmar junta in a coup on February 1, 2021.

Suu Kyi, along with senior party leaders, was detained instantly by the military. She is now facing a series of charges against her including corruption and violating the State Secrets Act, AFP reported here.

The image was also shared here and here on Facebook.

However, the image has been doctored from a photo created in 2013 which does not feature Suu Kyi.

A reverse image search found the original photo was published here on Wikimedia Commons, dated back to July 12, 2013 with photo credit to Officer Bimblebury.

The photo caption reads: "A female prisoner living inside her tiny prison cell. The cell provides the inmate with a toilet and a bed, as well as bars to protect her from the outside elements. The cell is designed for the comfort and benefit of the prisoner as well as the public."

Wikimedia Commons is a project of Wikimedia Foundation which provides free-use images, sounds and other media.

Below is a screenshot of the image in the misleading Facebook post (L) and the original photo on Wikimedia Commons (R):

Metadata information of the original photo on digital verification tool InVID-WeVerify also shows the image was last modified on July 12, 2013. 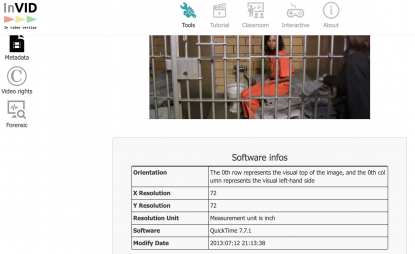 A screenshot of the metadata information of the original photo on InVID-WeVerify, taken on July 26, 2021.