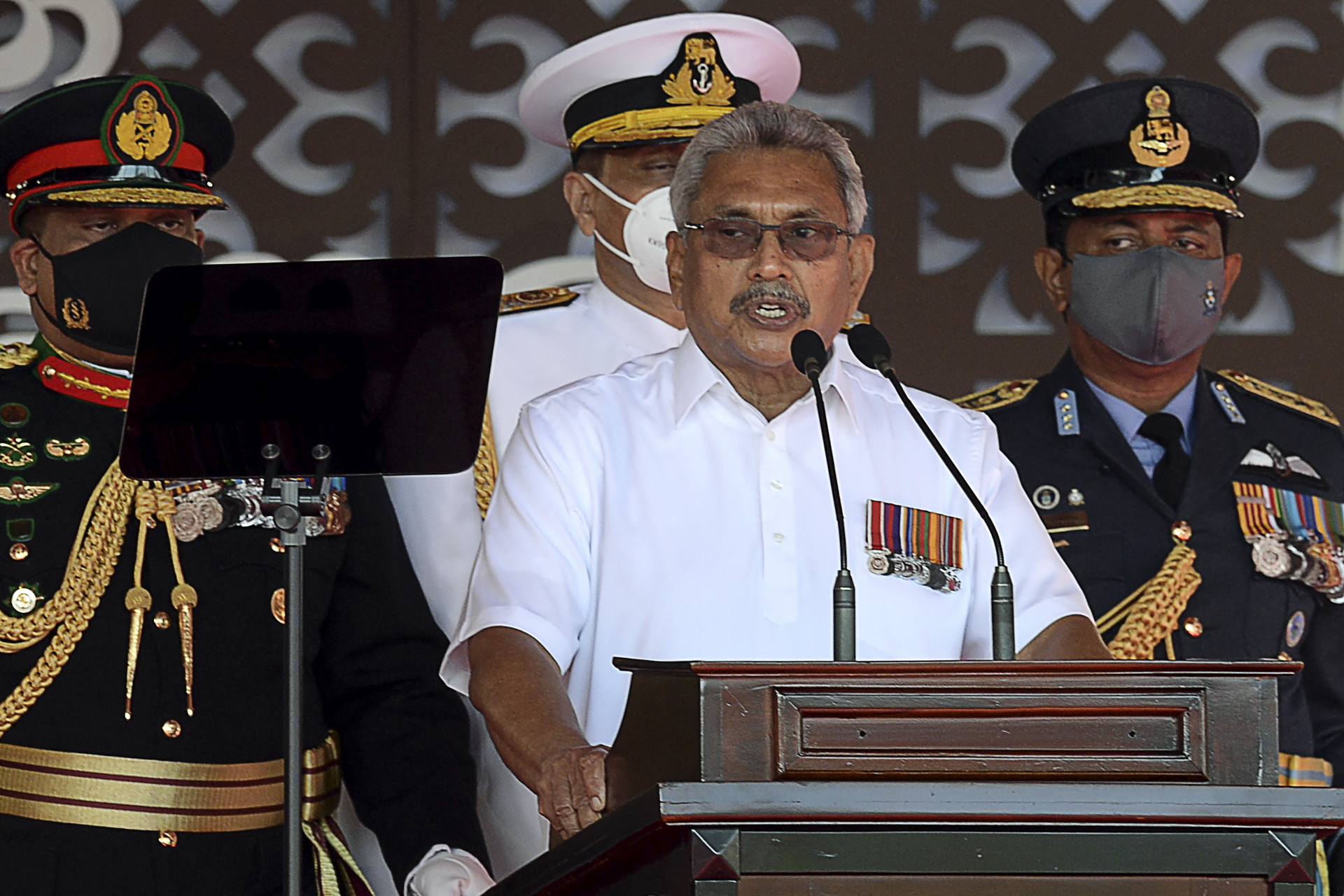 After Sri Lankan President Gotabaya Rajapaksa came under fire for pardoning a former minister convicted of murder, Facebook posts accused him of pardoning another politician. The claim is misleading: the posts shared an old newspaper report about a politician who was pardoned in 2019, before Rajapaksa took office.

The screenshot of the old newspaper article was posted on July 20, 2021 on a Facebook page with more than 8,000 followers.

The post surfaced online after Rajapaksa pardoned former minister Duminda Silva, who was convicted for the 2011 murder of a rival legislator.

The decision prompted backlash from public figures who accused him of undermining the rule of law.

The Facebook post's caption is an apparent jibe at Rajapaksa's announcement on July 19 that he would stand for a second term, reversing a promise to stay for only five years.

"To implement this kind of actions, let alone the next five years, continuing even for the next century will not be enough Kingsly," the Facebook post's caption reads. 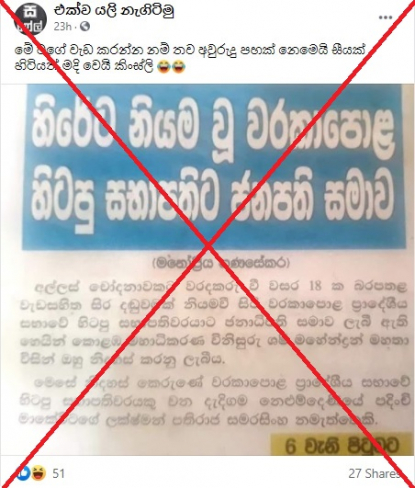 The same newspaper report was shared alongside a similar claim here and here.

However, the posts are misleading; the convict referred to in the newspaper article was pardoned by former Sri Lankan president Maithripala Sirisena in 2019.

A keyword search on Google found the newspaper report circulating in misleading posts was originally published by Lankadeepa newspaper on June 11, 2019.

The article reported that former chairman of the Warakapola district council -- Lakshman Pathiraja Samarasinghe -- was granted a presidential pardon on June 7, 2011.

He had been sentenced to 18 years in prison on bribery charges.

"Presidential pardon for the former Warakapola Chairman who was sentenced to prison," reads the Sinhala-language newspaper article.

"Colombo High Court judge Shashi Mahendran released the former Warakapola District Council Chairman who was serving an 18-year prison sentence after being convicted for a bribery charge, as he was granted a presidential pardon."

Below is a screenshot of the Sinhala Lankadeepa front page published on June 11, 2019, with the article highlighted in red by AFP: 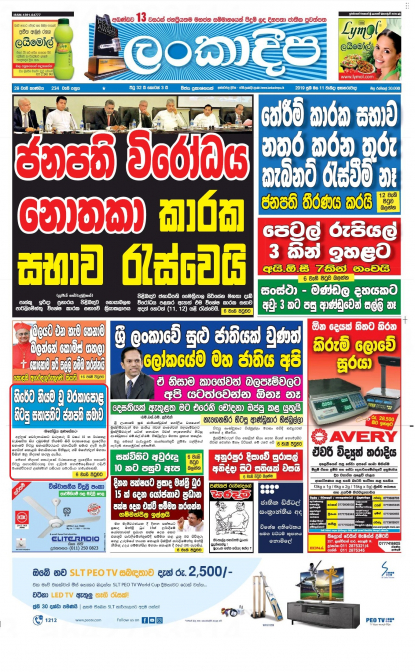 Screenshot of the Lankadeepa front page published on June 11, 2019. The article featured in the misleading posts has been highlighted in red by AFP 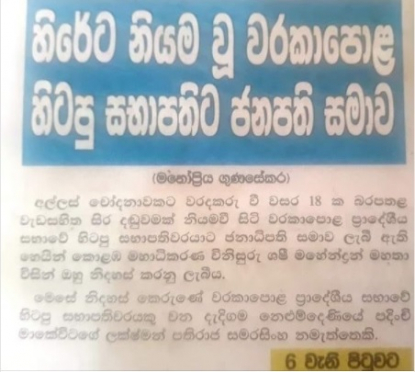 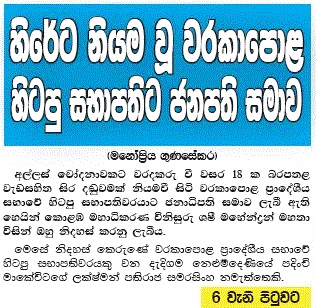 The pardon was also reported by other Sri Lankan media on June 11, 2019, including Ada and Divaina.