An image of several bodies on a hospital floor has circulated in Facebook posts that claim it shows the aftermath of a protest staged by nurses in Sri Lanka in July 2021. But this claim is false: the photo is unrelated to the protest in Sri Lanka; it has in fact circulated in reports about Covid-19 fatalities in a town in Myanmar.

"Our nurses strike has been extremely successful -- I am Ananda," reads the Sinhala-language text overlay to this image shared on Facebook on July 17, 2021. 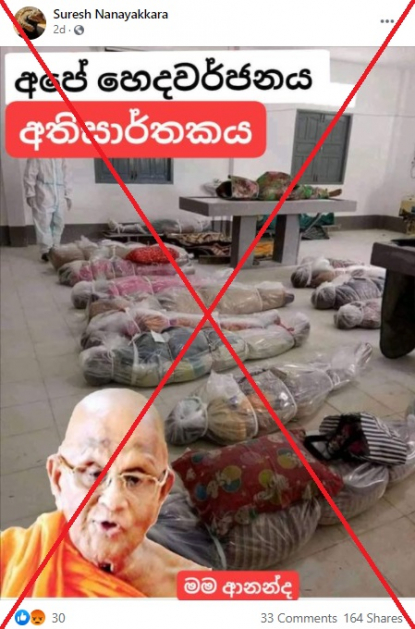 The misleading post circulated online after Sri Lanka's nurses union staged a nationwide protest in early July over unmet demands from the government.

The claim however is false: the image is unrelated to the nurses protest in Sri Lanka.

A reverse search on Google found the image was published here on July 15, 2021 by Khit Thit Media, a news organisation in Myanmar.

The image's Burmese-language caption translates in part as: "There were 22 people who died of Covid-19 today... Images of dead bodies at the mortuary in Myawaddy hospital today."

Myawaddy is a town in southeastern Myanmar.

Below is a screenshot comparison between the image in the misleading posts (L) and the image published by Khit Thit Media (R): 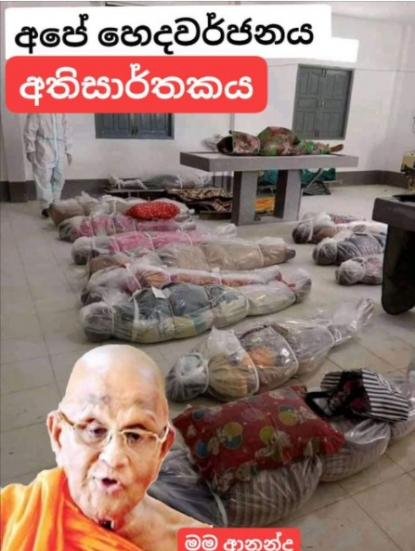 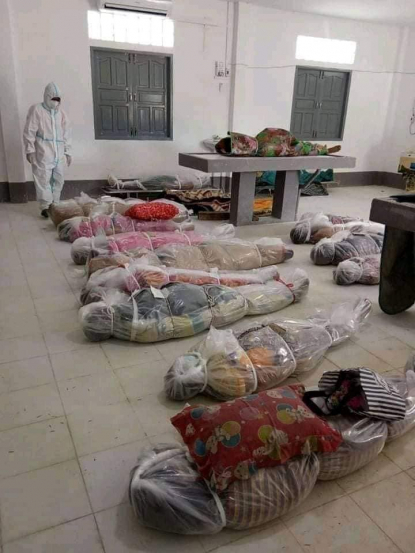 Further keyword searches found the image was shared here on Facebook on July 15, 2021 by U Hla Tun, chairman of the Myanmar Rescue Organisation.

U Hla Tun confirmed to AFP he took the image.

"The image is from Myawaddy. The picture was taken with my phone," he told AFP.