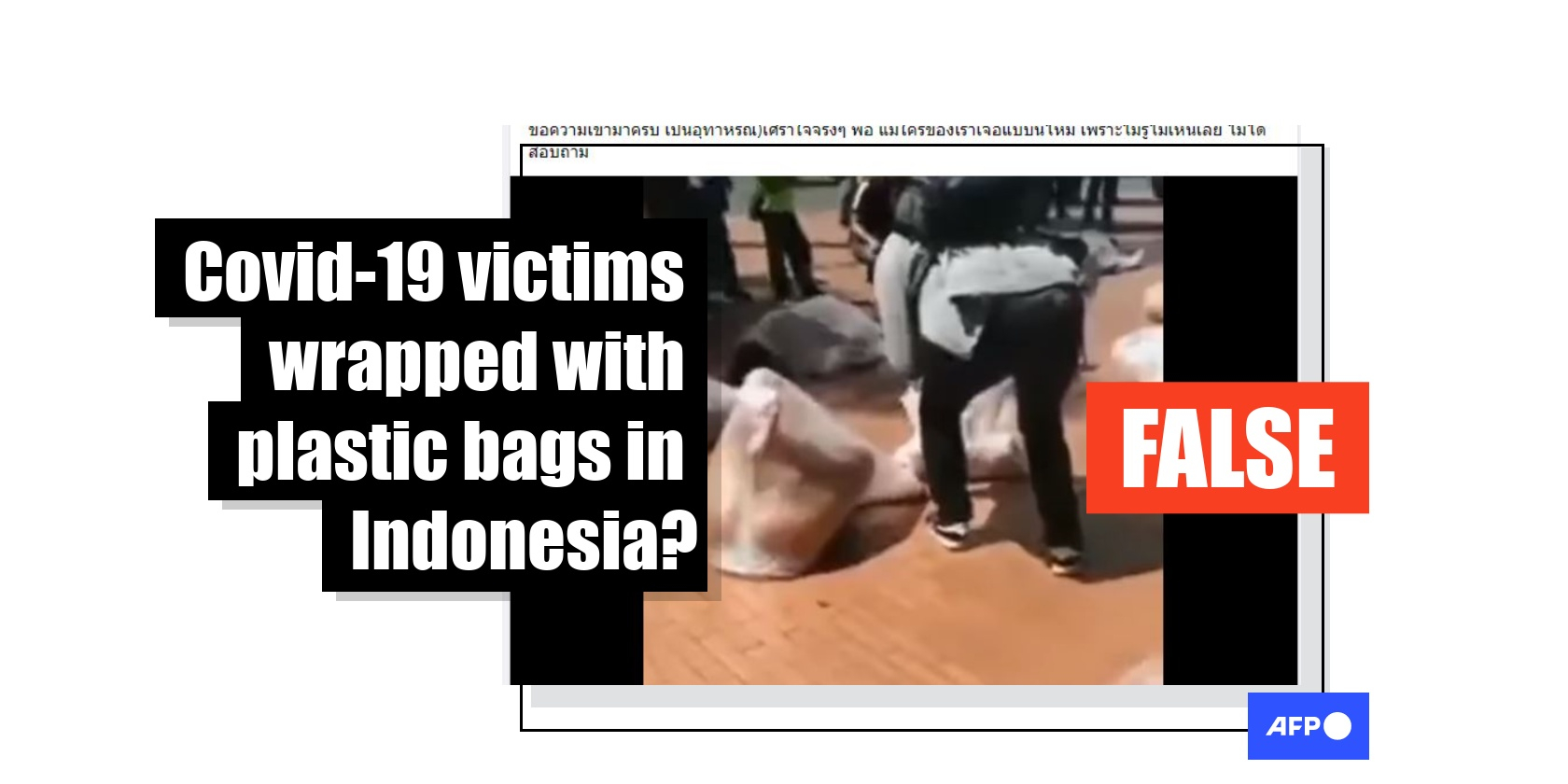 A video has been viewed tens of thousands of times in multiple Facebook posts that claim it shows Covid-19 victims wrapped in plastic bags in Indonesia. The claim is false: the clip actually shows an anti-government protest in Colombia in May 2021.

"In Indonesia, Covid-19 victims were wrapped in a plastic bag. Some people were not even dead. What a sad image! Wish Thailand never has to experience this. Protect yourselves and do not go out," reads the Thai-language caption of this video posted on Facebook on July 21, 2021.

The video has been viewed more than 4,100 times.

The post circulated online in Thailand after the kingdom's Covid-19 infection and death rates increased, as AFP has reported here.

The same video was shared here, here, and here on Facebook alongside a similar claim.

The claim is false: the video actually shows an anti-government protest in Colombia in 2021.

A reverse Google image search with video keyframes extracted with InVID-WeVerify, a digital verification tool, found this longer version footage uploaded on YouTube on May 27, 2021.

The video's Spanish-language caption translates to English as: "Performance [packed] in Medellin during a national strike on May 26, 2021.

At the video's nine-minute 13-second mark, a woman can be heard saying: "Today is Wednesday, May 26 we are in Poblado Park in Medellin. 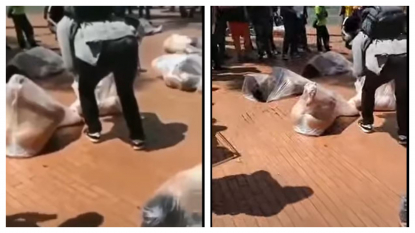 Colombia has been rocked by protests which broke out late April in opposition to a proposed tax hike under the right-wing administration of President Ivan Duque, AFP reported.

The international community has condemned a security response that left more than 60 people dead.

A subsequent keyword search found photos of the same event published here on May 28, 2021, by Le Cuento, Colombia-based digital media.

The photos were credited to Jhonatan Rodriguez, a Colombian photographer.

He told AFP he took the photos at an anti-government protest in Medellin on May 26.

He said: "It is an artistic performance that took place on May 26 of this year in Medellin, Colombia. The act of the performance was carried out as a way to protest against the government of Colombia ." 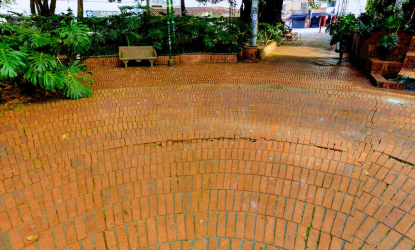 Screenshot of the Google Street View image of Poblado Park

The event was also reported here on page six of the Colombian newspaper, ADN Medellin, on May 27, 2021.