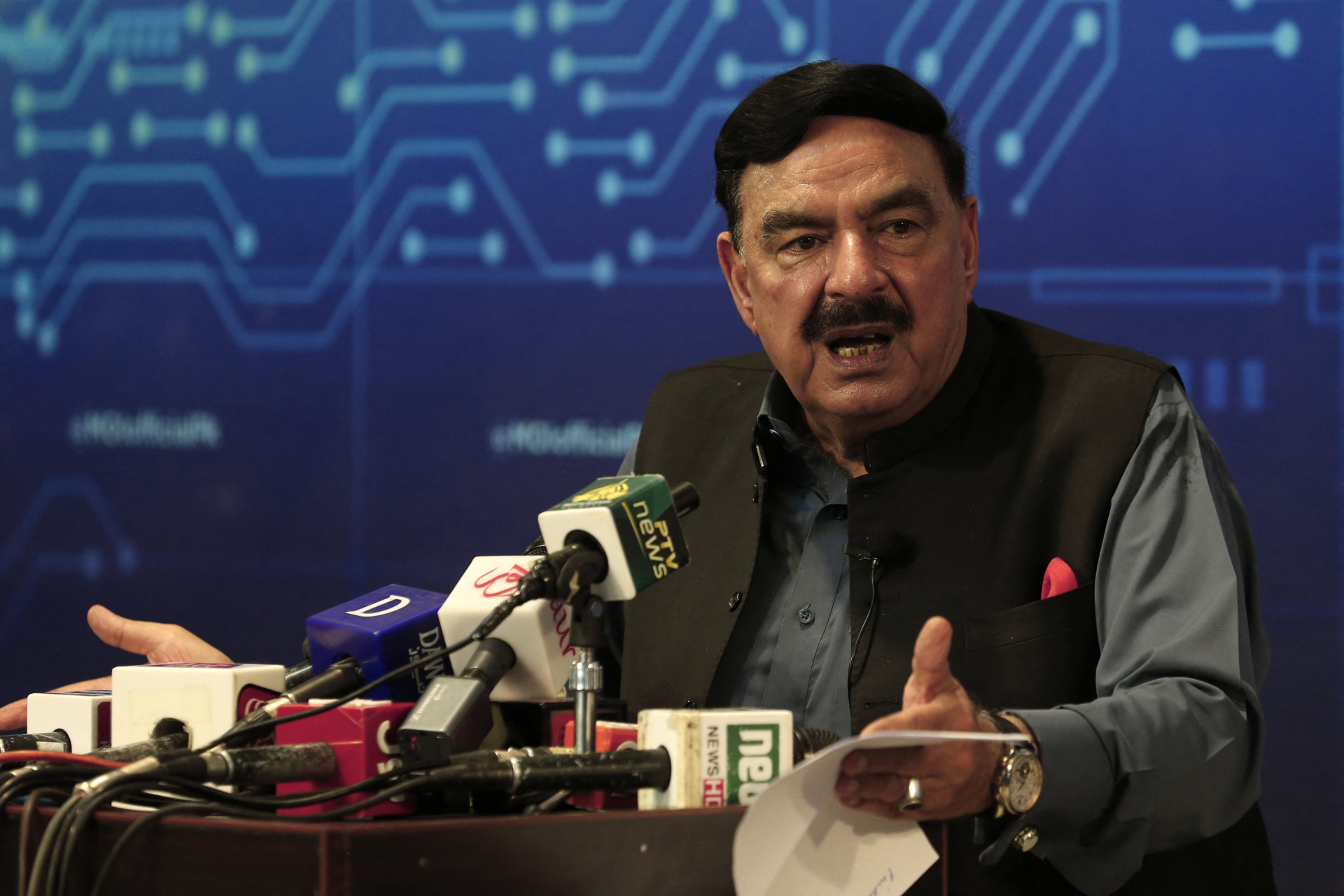 Pakistan's Interior Minister Sheikh Rashid speaks at a press conference on the brief abduction of the daughter of Afghan ambassador to Pakistan, in Islamabad on July 18, 2021 (Farooq NAEEM / AFP)

A photo has been shared repeatedly on Facebook and Twitter alongside a claim it shows the daughter of Afghanistan's ambassador to Pakistan after she was briefly kidnapped in Islamabad. The claim is false: the photo actually shows a transgender Pakistani model and activist.

The photo was shared here on Twitter on July 17.

"The abduction of Afghan Ambassador Najibullah Alikhil’s daughter, Silsilah Ali, from Jinnah Super in Islamabad at noon and throwing her out [of a vehicle] in a wounded state in the evening proves that no woman is safe in this country," the tweet reads.

"No accused have been arrested so far and neither has any representative given a statement. The people from the Islamic welfare state are sleeping."

Afghanistan said on July 18 it was recalling its ambassador to Islamabad, Najibullah Alikhil, over "security threats" after the envoy's daughter was briefly kidnapped in the Pakistani capital.

While few details have been released about the incident, Afghanistan's foreign ministry has said Silsila Alikhil was abducted for several hours on July 16 by unknown individuals and "severely tortured".

A reverse image search found a video of the same person posted on July 16 on a Facebook page for Gul Chahat, a transgender model and activist in Pakistan.

Below is a screenshot comparison of the image in the misleading posts (L) and a screenshot from the video posted by Chahat (R):

In the clip, Chahat speaks against the "brutalities" she has suffered as a transgender woman, before speaking in a Pashto dialect.

In response to the misleading posts, Ambassador Alikhil tweeted a genuine photo of his daughter after unrelated photos were shared online.

"Sorry: I was forced to post a picture of my daughter Silsila Alikhil here, because someone else's picture was posted incorrectly on social media who I don't know at all. Thank you," the Pashto-language tweet reads.