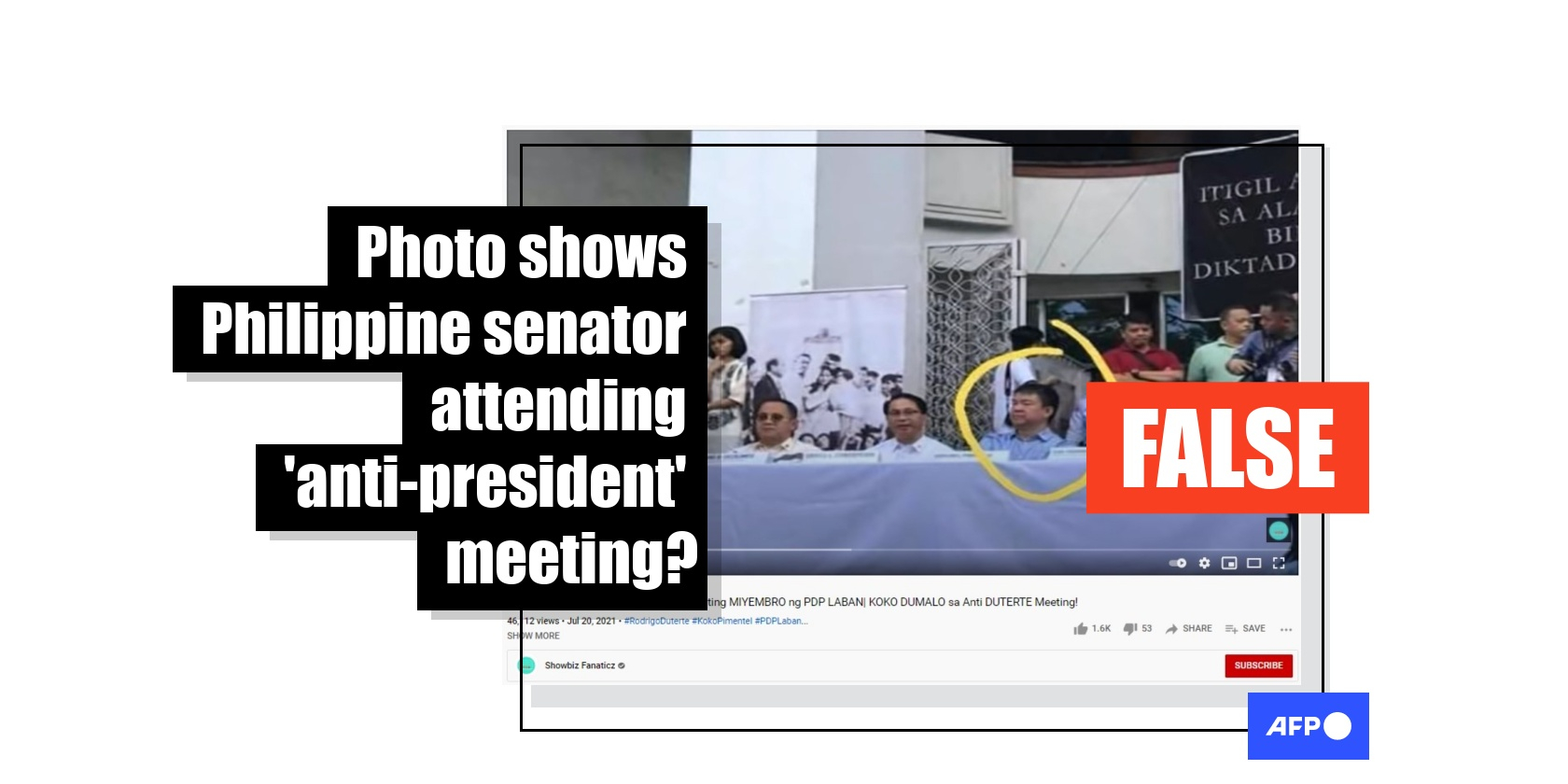 A photo has been shared in Facebook, Twitter and YouTube posts that claim it shows a Philippine senator attending a gathering in opposition to President Rodrigo Duterte. This claim is false; the photo shows the Senator Aquilino "Koko" Pimentel at a 2018 memorial event for victims of the country’s 1970s martial law.

The clip features a photo of Senator Aquilino "Koko" Pimentel, an official from Duterte's ruling PDP-Laban party, circled in yellow. 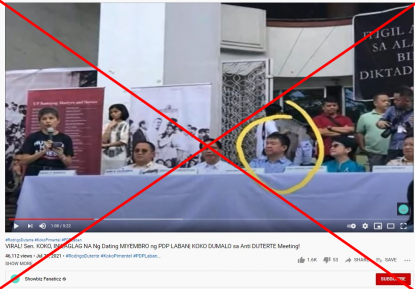 This photo, first seen on social media in 2018, recirculated after Duterte affirmed the ouster of Pimentel and boxer-turned-senator Manny Pacquiao from the party's leadership, following months of squabbling among members.

However, the claim is false. The photo was in fact taken at the University of the Philippines (UP) in 2018 during a memorial marking the first UP Day of Remembrance for victims of the country’s 1970s martial law.

Reverse image and keyword searches led to this article published on the university's website on September 21, 2018, which features a video and several similar images that show the event.

The footage and images show a long table where Pimentel can be seen seated among officials from various government agencies.

Pimentel was invited as a guest to "witness" the signing of an agreement to build a museum within university grounds for the thousands of victims during the decade-long martial law proclaimed by the late dictator Ferdinand Marcos in September 1972, the article reported.

This photo published in the UP article also shows the same posters as seen in the image background from the misleading posts.

Below is a screenshot comparison of the photo in the misleading post (L) and a photo of Pimentel speaking during the event published on UP's website (R):

According to the UP article, the event took place at Palma Hall in UP Diliman. The Google Street View of Palma Hall matches the building seen in the image from the misleading posts, as well as other photos from the event.