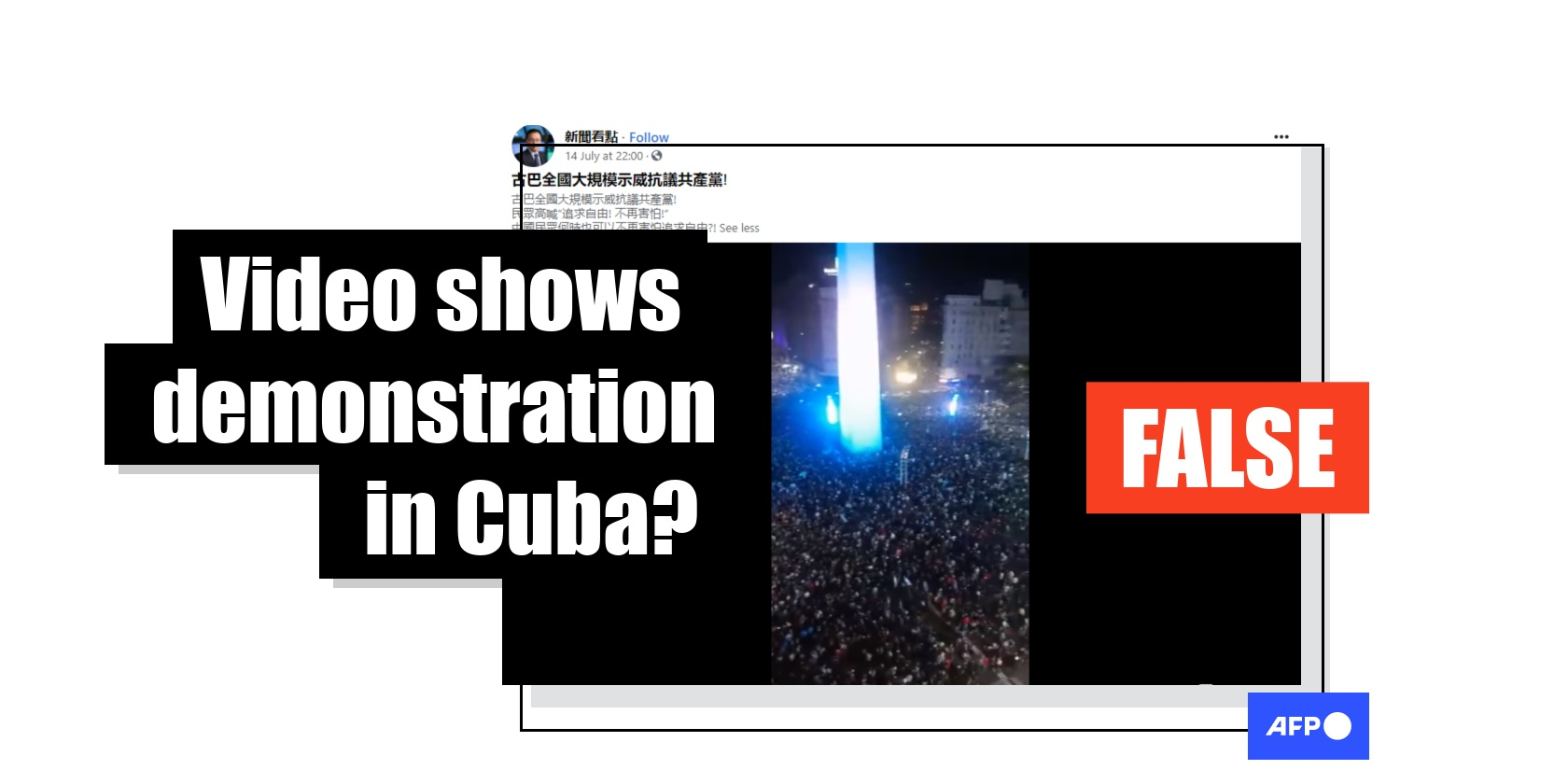 This footage shows football fans in Argentina, not a protest in Cuba


A video showing crowds in a street has been viewed tens of thousands of times in social media posts that claim it was filmed during anti-government protests in Cuba in July 2021. The claim is false: the clip shows football fans in Buenos Aires celebrating Argentina's victory in the Copa América the day before.

"People chanted 'Pursue freedom! Don't be afraid!' When can the Chinese people stop being afraid of pursuing freedom?!" 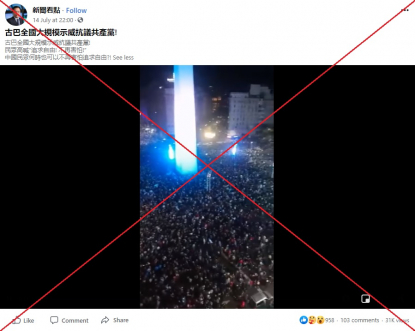 Thousands of Cubans joined rare anti-government protests on July 11, marching through the town of San Antonio de los Banos, as the country faced its toughest phase yet of the coronavirus epidemic.

However, the footage does not show the Cuban protest.

The posts state the video was filmed at the Obelisco de Buenos Aires monument in the Plaza de la República.

Visual clues seen in one of the videos, taken from a similar angle, correspond to the footage circulating in the misleading posts.

Similar features in both videos include advertisements, posts and buildings on 9 de Julio Avenue in the Argentine capital. 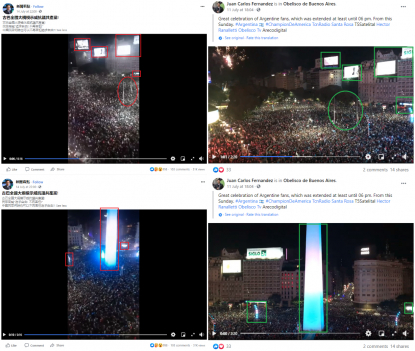 The monument can also be seen illuminated in the blue and white colours of the Argentine flag.