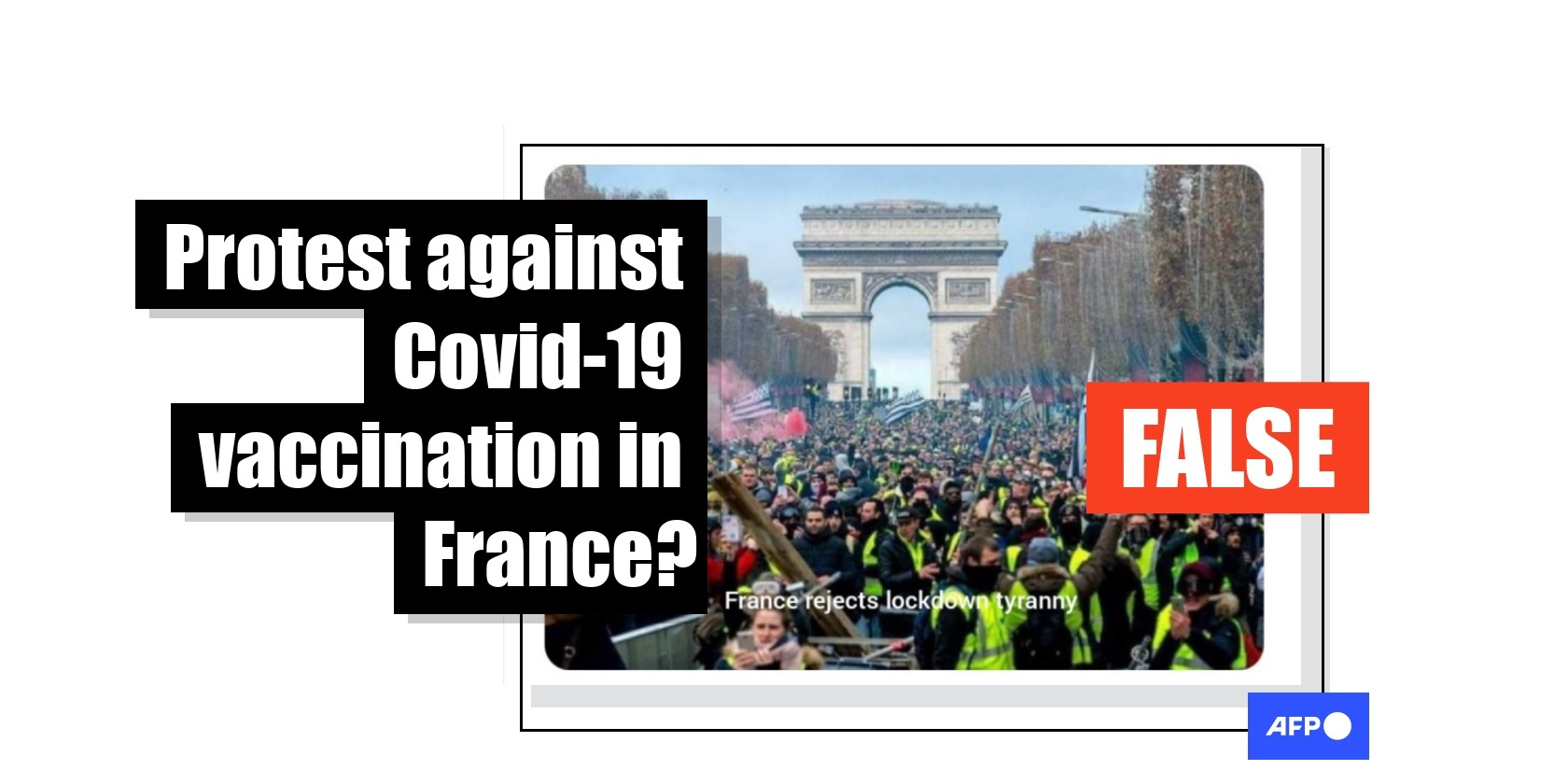 The photo was shared here on the South Korean blogging platform Naver blog on July 15, 2021. 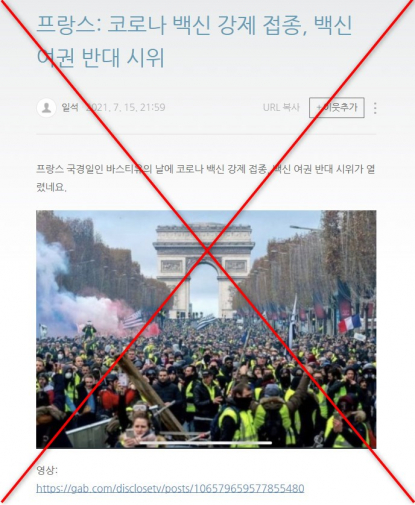 The demonstrators voiced opposition to government plans to oblige health workers to get vaccinated and bring in a vaccine health pass for most public places, AFP reported.

The misleading blog post also shared a link to a video that has circulated online in posts about the Paris protests in July 2021.

An identical photo was also shared alongside a similar claim here on Naver blog; here and here on Facebook; and here on Twitter.

The claim is false: the photo predates the pandemic.

A reverse image search on Google found the photo was published here by the MailOnline, the website for British newspaper The Daily Mail, on November 24, 2018.

It was credited to photographer Olivier Coret.

The report's headline reads: "Huge bonfires are lit on the Champs Elysee in Paris as police blast thousands of people with water cannon and tear gas as they protest proposed fuel hikes".

The same photo also appeared in this post on the website for photo agency "Divergence Images" on November 24, 2018. It was also credited to Olivier Coret.

The first three cases detected of Covid-19 were reported in France on January 24, 2020, according to this journal article published on the US National Library of Medicine.