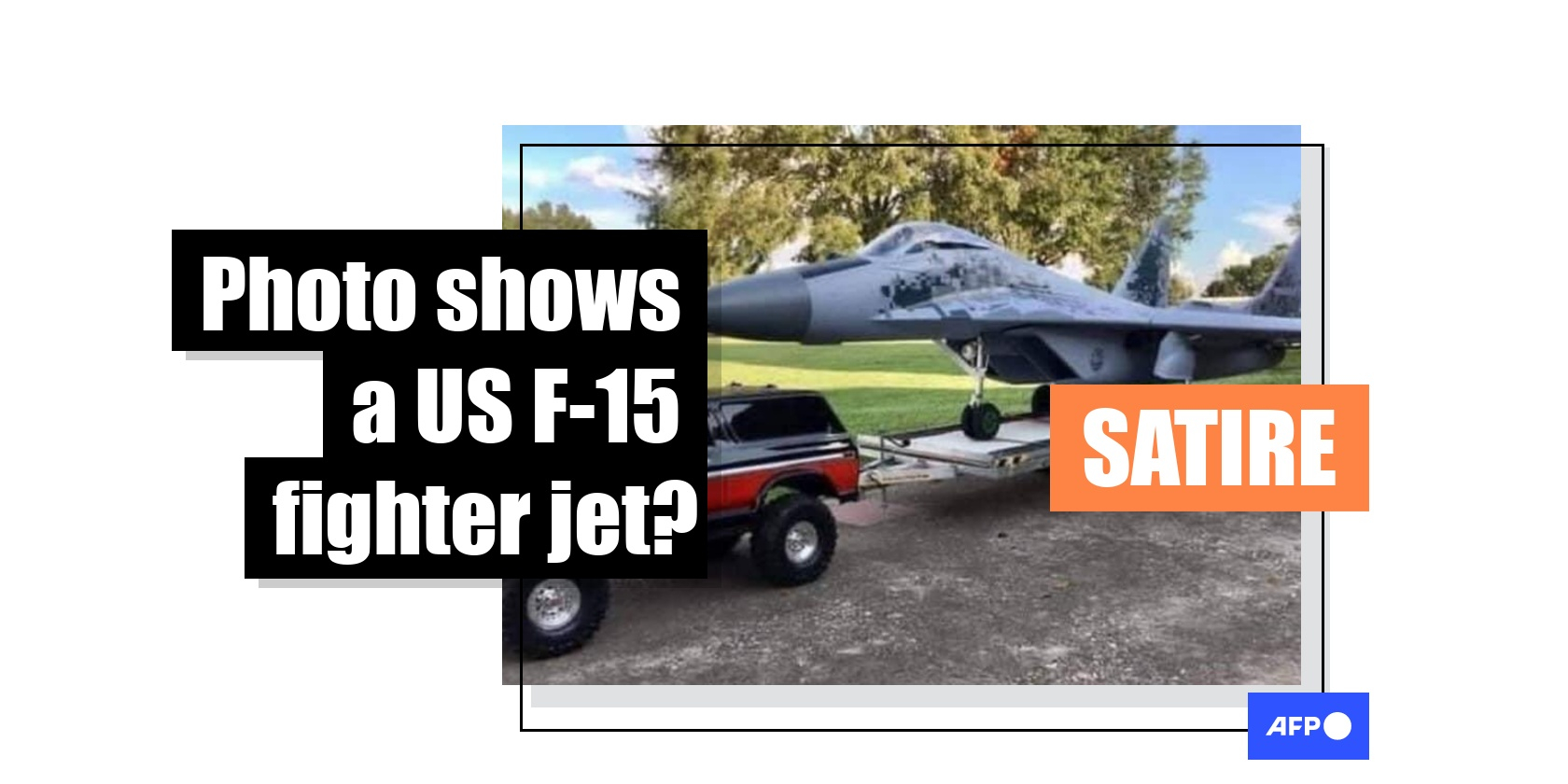 A jet was digitally inserted into this photo, which actually shows a Russian aircraft


As US President Joe Biden pledged to crack down on gun violence, Facebook and Twitter posts purported to show a photo of a truck towing a US F-15 fighter jet onto a driveway. The image was likely intended as satire but misled social media users. However, the image has been doctored; a photo of a Russian MIG-29 fighter jet has been digitally inserted into the picture.

"Yesterday, stupid Biden threatened the Americans, 'Unless you have a F-15 or nuclear weapons, don't even think that you can fight the regime with just a few weapons'," the Chinese-language tweet reads.

"And today, a fellow supporter really bought a F-15. He emphasised that it is expensive and has already verified that it is a real F-15."

The photo purports to show a truck towing an F-15 US fighter jet onto a driveway. 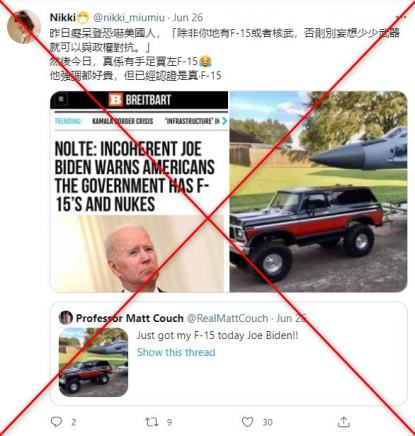 The posts emerged after Biden introduced measures on June 23 to limit the flow of firearms against a backdrop of surging violent crime. The plan enables jurisdictions to reallocate unspent Covid-19 recovery funds to pay for new police hires, crime-fighting technology like gunshot detection systems and expanded efforts to prosecute gun traffickers.

"If you wanted or think you need weapons to take on the government, you need F-15s and maybe even nuclear weapons," he said in a televised address.

F-15 is a fighter jet designed by US aerospace giant Boeing.

Comments from some social media users suggest they were misled by the posts.

"Cool, get any lessons with it or just going to get certified online?" one Twitter user wrote.

"I know a good F-15 mechanic when it needs some maintenance," another commented.

However, the image was digitally altered to include a Russian fighter jet.

MIG-29 is a fighter jet developed by the Russian Aircraft Corporation in the early 1980s. 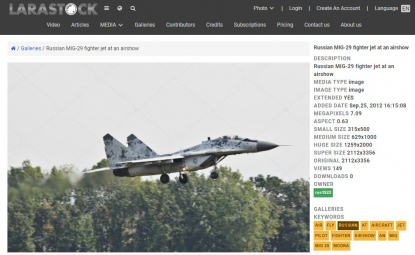 Below is a screenshot comparison of the fighter jet in the misleading photo (L) and Lara Stock's photo (R), with similarities circled in red by AFP:

A screenshot comparison of the fighter jet in the misleading photo (L) and the Lara Stock photo (R) with similarities circled in red by AFP.

On the other hand, a keyword search on Google has found a photo of the US F-15 fighter jet published here on Twitter by the US Air Force on May 21, 2021.

The fighter jet in the misleading photo looks different from the F-15 in the US Air Force photo, in terms of the pattern on the jet, shape of the radar and the weapons. The logo on the jet's body is also not seen in the F-15 fighter jet.

Below is a screenshot comparison of the fighter jet in the misleading photo (L) and the US Air Force's photo (R), with differences circled in red by AFP:

A screenshot comparison of the fighter jet in the misleading photo and the US Air Force's photo, with differences circled in red by AFP.

A closer investigation of the photo found the wheels of the fighter jet are not placed on the truck. 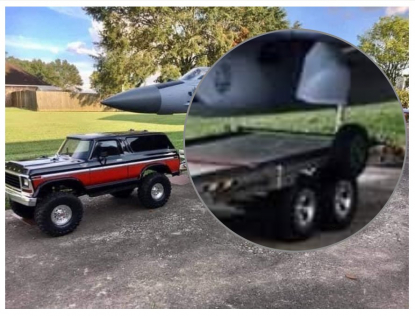 A closer observation of the misleading photo with the wheels of the fighter jet magnified by AFP.

The scaling of the fighter jet is also incorrect. A Russian MIG-29 fighter jet should be 17.32 meters long, according to the Russian Aircraft Corporation data.