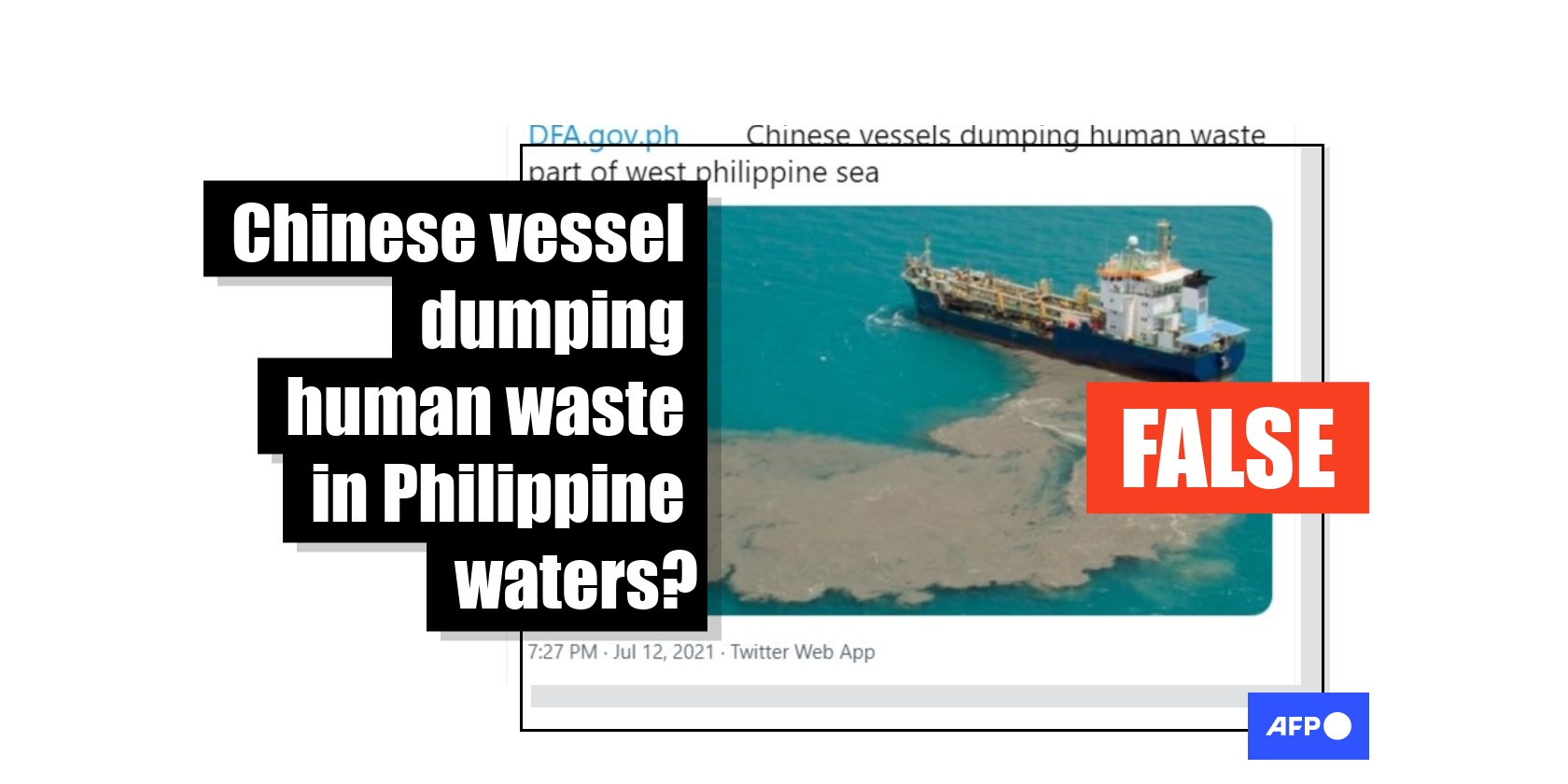 This photo has circulated in reports about dredging off the coast of Australia, not the Philippines

A photo has been shared in multiple Twitter and Facebook posts that claim it shows a Chinese shipping vessel dumping human waste in Philippine waters. The claim is false: the photo has in fact circulated in reports about dredging off the coast of Australia. 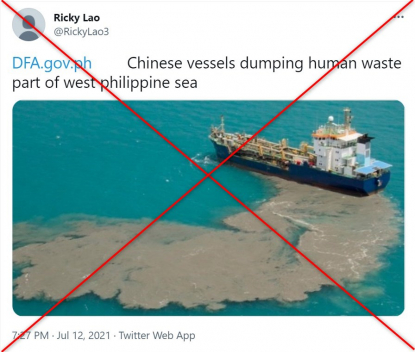 The organisation has since apologised for the oversight.

In a tweet on July 12, it said: "We took down the original tweet containing an inaccurate image. We want to thank our followers for tweeting us this feedback. We apologize for the oversight."

The same photo was also shared hundreds of times alongside a similar claim here, here and here on Facebook.

A combination of reverse image and keyword searches on Google found the photo was originally published in this press release on October 3, 2014.

It was circulated by the Cairns and Far North Environment Centre (CAFNEC), an environmental group based in Australia.

In the press release, it states that the photo shows: "Maintenance dredging in Cairns show the impact of dredging and dumping in the Great Barrier Reef World Heritage Area".

It is located in northeastern Australia, more than 4,800 kilometers away from the West Philippine Sea as shown here on Google Maps.

According to the photo’s caption, it was taken by photographer Xanthe Rivett for CAFNEC and World Wildlife Fund Australia.

In response to the misleading posts, a World Wildlife Fund Australia representative told AFP on July 16: "I can confirm the photos were taken in the Cairns Port in the Great Barrier Reef World Heritage Area on 19 September 2014.