Facebook and Twitter users in Pakistan have shared a video alongside a claim it shows a "journey by train in Japan". But the video has been shared in a misleading context: it shows models of Amtrak trains operating in the US -- not in Japan.

The video was shared here on Facebook by a Pakistan-based user on July 4, 2021.

The video's Urdu-language caption translates to English as: "A beautiful and attractive scene of a journey by train in Japan on a dual-track. I hope we have the same in our country." 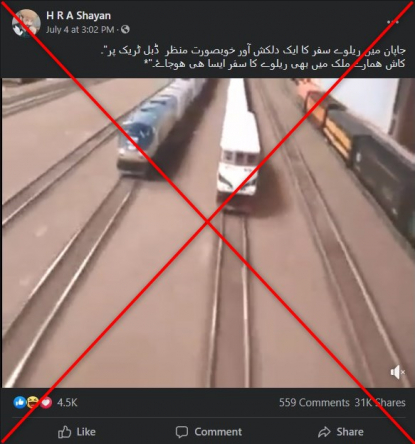 The same video was shared alongside a similar claim on Facebook here, here and here; and on Twitter here.

Comments to the posts indicate some social media users were misled.

"Wow Japan is awesome," one wrote.

In fact, the video shows models of Amtrak trains that operate in the US.

A keyword search on Google found the video was originally posted on YouTube here August 5, 2007.

The original video is captioned: "Talgo vs Superliner".

"Talgo" and "Superliner" refer to passenger train fleet operated by Amtrak, according to this company document.

Amtrak is the national rail operator in the US.

The iconic US railroad, which receives considerable funding from the federal government and many US states, commemorated its 50th anniversary on April 30, 2021, AFP reported.

Below is a screenshot comparison of the video in the misleading posts (L) and the original video on YouTube (R):

A screenshot comparison of the video in the misleading posts (L) and the original video on YouTube (R).

At the one-minute mark of the original YouTube video, the Amtrak logo and name can be seen displayed on the trains: 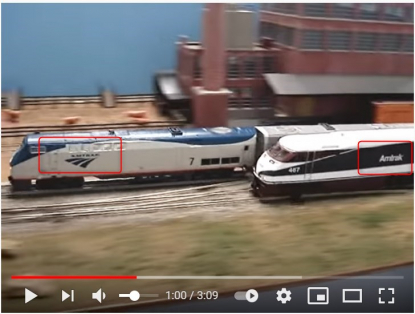