This photo shows girls' basketball teams from the US and El Salvador, not India 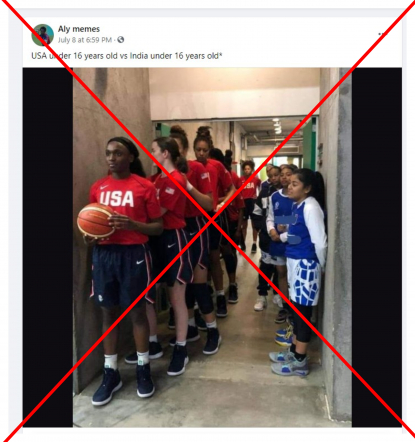 Screenshot of the misleading post taken on July 13 ( AFP)

The photo was also shared with a similar claim on Facebook here, here and here as well as on Instagram here and here.

A reverse image search on TinEye found the photo was taken in June 2019 at the International Baksetball Federation (FIBA) Americas U-16 Championship tournament.

It was used here in a Spanish-language news report about the match in Chile by Peruvian radio network RPP.

The US defeated the El Salvador team 114-19 in the under 16s women's championship match.

The caption, translated from Spanish reads: "Don't worry, they are also 16-year olds like you. USA 114, El Salvador 19."

The photo can also be seen in this YouTube video which summarises the game.

The video shows the team on the left wearing red USA jerseys. The team pictured on the right can be seen wearing blue and white El Salvador jerseys. 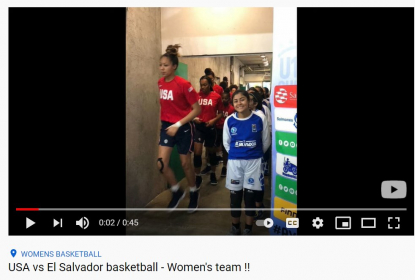 Footage of the game can also be seen here on the official YouTube channel for FIBA, the International Basketball Federation (FIBA). 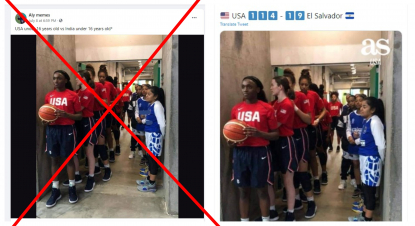