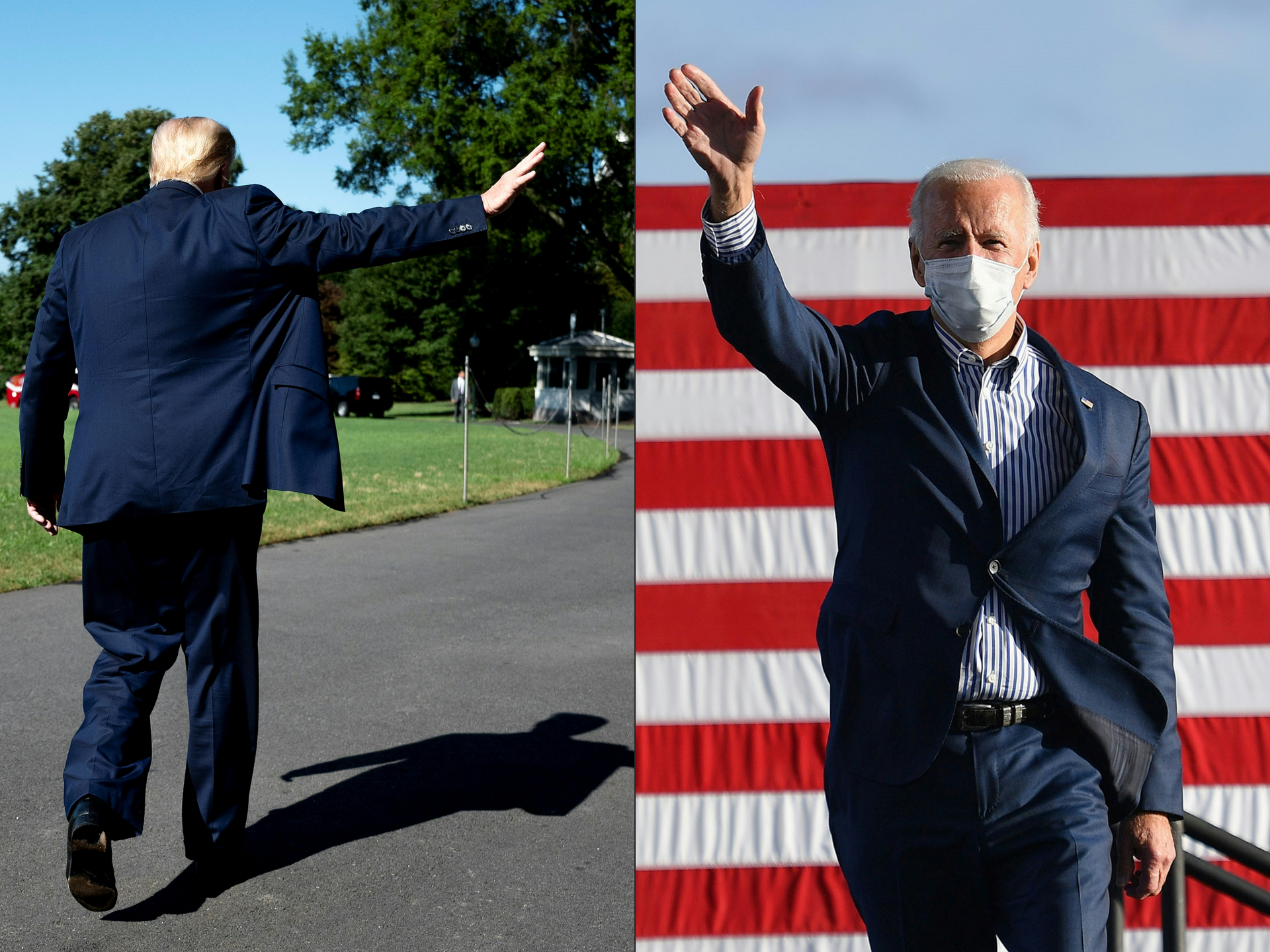 Social media posts share a graphic saying Donald Trump lost as many jobs during his time as president as Joe Biden gained in his first five months in office. But experts say it is misleading because it does not acknowledge the impact of the Covid-19 pandemic or the limits of a president's ability to affect the economy. 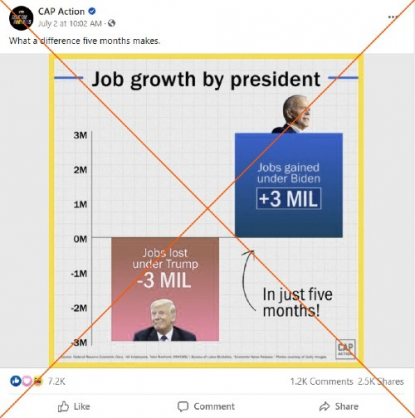 The organization that shared the post, Center for American Progress (CAP) Action Fund, works alongside CAP to advocate for progressive policy changes.

US Bureau of Labor Statistics (BLS) data shows that the figures in the claim are roughly correct. Between February 2017, Trump's first full month in office, and January 2021, when he left the White House, the United States suffered a loss of about 3.06 million non-farm jobs.

Since February, Biden's first full month as president, the country has gained about 2.49 million jobs. But even with that increase, non-farm employment numbers were down 6.8 million in June compared to pre-pandemic levels when Trump was in office, according to BLS. 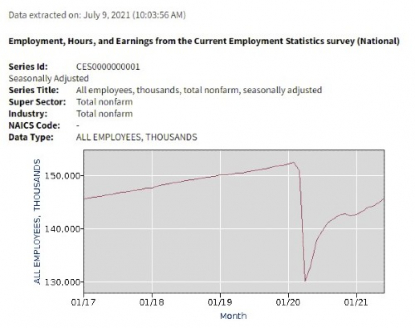 Screenshot of US Bureau of Labor Statistics data taken on July 9, 2021

"It's irresponsible to make this claim without putting it into context," said Northwestern University associate professor of political science John Bullock.

"Trump left office when the pandemic was at its height. Biden took office just before we saw a massive increase in vaccination. And that, above all, is why we've seen a rapid increase in employment," Bullock said.

"There's little doubt that we would've seen most of that increase in vaccination and employment even if Trump had won a second term," he added.

NYU's Charles Seife, a science and math journalist and author of "Proofiness: How You're Being Fooled by the Numbers," said: "A number short on context can mislead... This is one of those cases."

First, a president does not create or destroy jobs by himself. "The economy is only slightly tweaked by the president and his administration," Seife said.

And regardless of the administration, "as we come out of Covid, of course you're going to have a rebound to the economy... When you have a surge in the economy, typically a surge in jobs goes with it."

Erica Groshen, senior economics advisor at the Cornell University School of Industrial and Labor Relations, also called the comparison "misleading" and too simplistic as it stands.

The state of the business cycle and the effect of monetary policy are long-term economic indicators beyond the president's power, Groshen said.

Plus, the economic downturn that occurred in tandem with the Covid-19 pandemic was not an errant consequence, but rather the result of an "intentional policy choice," she said.

"We needed to put the economy into a medically-induced coma to buy time so that we could be able to treat people and develop the vaccine, slow the spread."

The pandemic is gaining ground again after slowing down between late April and mid-June. The Delta variant of the coronavirus, first identified in India in April and believed to be more contagious, is becoming dominant in many countries, including the United States.