A video showing a woman being robbed at knifepoint has circulated in Facebook, WhatsApp and YouTube posts that claim the mugging happened in a suburb outside the Sri Lankan capital Colombo and warn locals to be vigilant. The claim is false; the incident occurred in Banjarmasin, Indonesia in June 2021.

The footage shows a woman withdrawing cash at an ATM, before she is approached by a man wielding a knife. He appears to threaten her and take objects from her bag, before walking away.

"ATM - HNB Kadawatha!! During broad daylight!?" the caption reads. "Let this be an eye opener for everyone to be more vigilant when using ATM."

Kadawatha is a surburb outside the Sri Lankan capital Colombo, while HNB refers to the Hatton National Bank, a private bank in Sri Lanka.

The video was widely shared on Sri Lankan social media alongside similar warnings, including here and here on Facebook and here on YouTube. AFP also found the footage circulating on WhatsApp.

However, the claim is false; the footage actually shows a robbery in the Indonesian city of Banjarmasin.

A keyword search led to this June 6, 2021 article published by Indonesian TV news website Liputan 6, titled 'Viral Video of a Woman Robbed at an ATM Booth in Banjarmasin'. 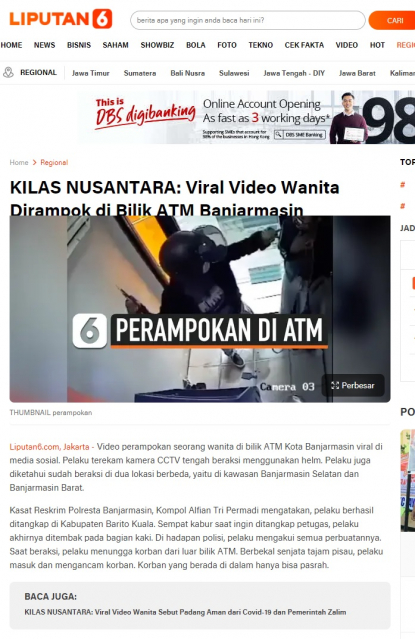 Screenshot of the article captured on June 2, 2021

The article features a screenshot from the footage, which corresponds with the video circulating on Sri Lankan social media.

Below is a screenshot comparison between the video from the misleading posts (L), and the screenshot in the Liputan 6 report (R). 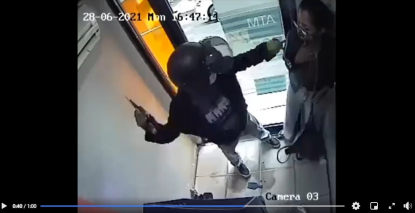 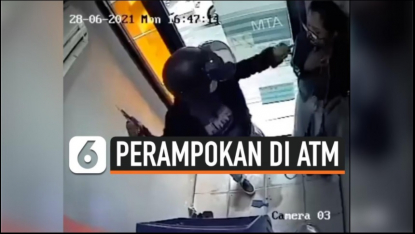 Another article from Indonesian news channel Kanal Kalimantan reported that the incident happened on June 28, 2021, the same day as another ATM robbery in the local area. Both perpetrators were subsequently arrested, the report says.

The Kanal Kalimantan report quoted the woman in the video saying she handed over some money, a cell phone and a necklace after the man threatened her.