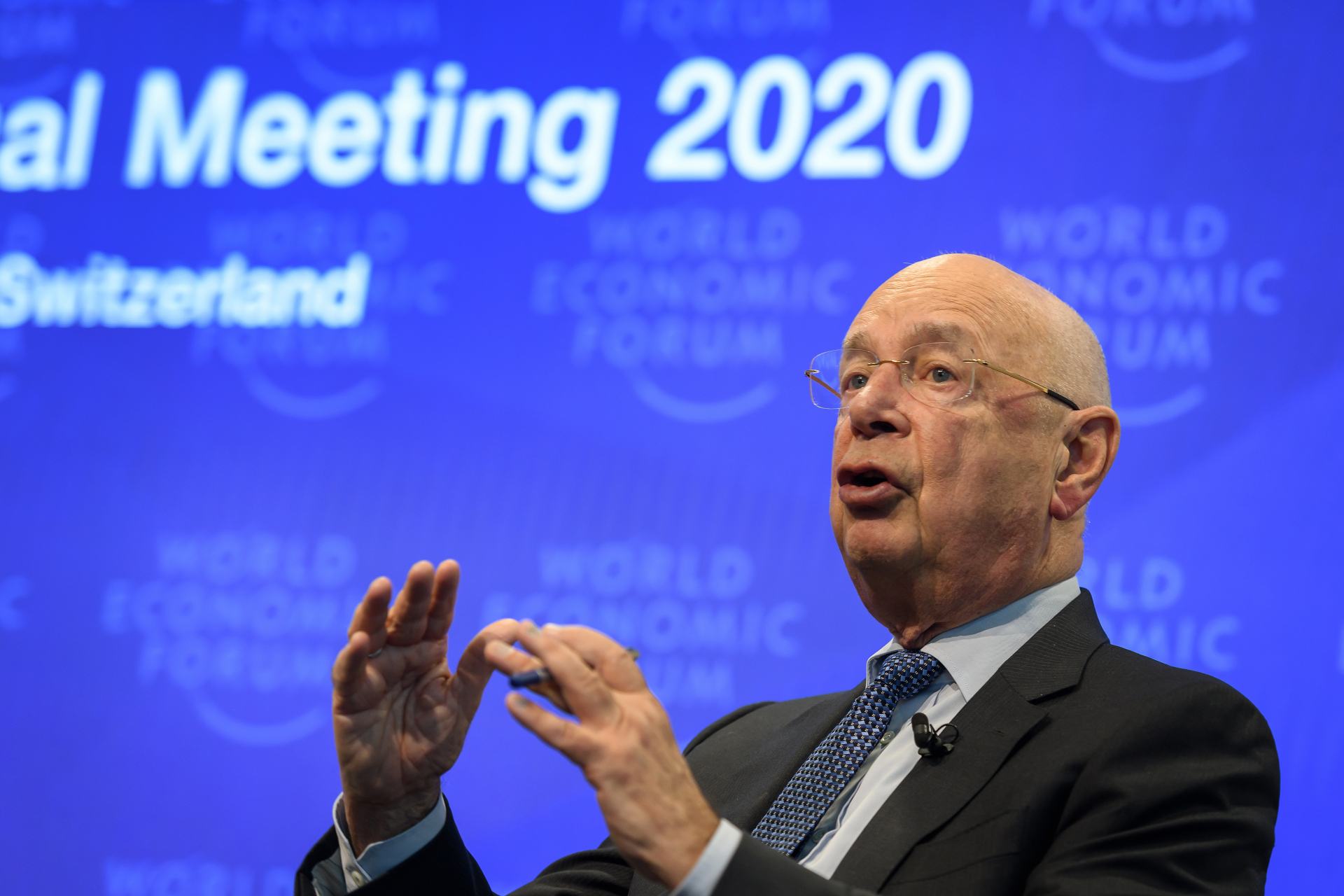 Founder and Executive Chairman of the World Economic Forum (WEF) Klaus Schwab addresses a press conference ahead of the WEF's annual meeting in Cologny, near Geneva on January 14, 2020. ( AFP / Fabrice COFFRINI)

An image has been shared repeatedly in social media posts that claim it shows a book passage where World Economic Forum founder Klaus Schwab purportedly wrote billions will die from 'organized epidemics'. The claim is false: the image has been taken from a book that touts a global conspiracy theory -- not Schwab's book about plans to revive the global economy after the Covid-19 pandemic.

The image was shared by a New Zealand-based Facebook user here.

It has been overlaid with text that states: "Klaus Schwab is chairman of the World Economic Forum and wrote the book 'Covid-19: The Great Reset.'

The purported book passage reads in part: "At least 4 billion 'useless eaters' shall be eliminated by the year 2050 by means of limited wars, organized epidemics of fatal rapid-acting diseases and starvation." 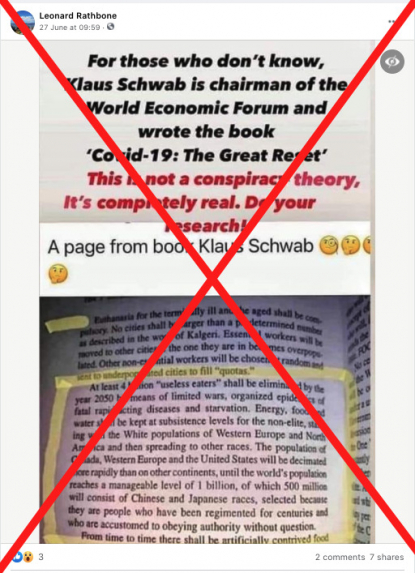 Klaus Schwab is the founder and executive chairman of the World Economic Forum, an international nongovernment organisation that hosts global forums for the world's economic, political and business leaders.

"The Great Reset" is a book co-written by Schwab that takes its name from a World Economic Forum initiative to revive the global economy disrupted by the Covid-19 pandemic.

The initiative has been targeted by conspiracy theorists who claim it conceals hidden aims of reducing populations, AFP reported.

An identical image was also shared alongside a similar claim on Facebook here, here and here; and on Twitter here.

The claim is false: the passage does not appear in Schwab's book.

Keyword searches found the passage in fact appears in a 1992 book titled "Conspirators' Hierarchy: The Story of the Committee of 300" -- which touts a conspiracy theory alleging a select group of individuals controls every aspect of global affairs.

The US Central Intelligence Agency published a copy of the book here after it was found among a cache of documents during the 2011 raid on Osama Bin Laden’s compound in Abbottabad, Pakistan.

Below is a screenshot comparison of the image in the misleading posts (L) and the identical passage from the 1992 book (R): 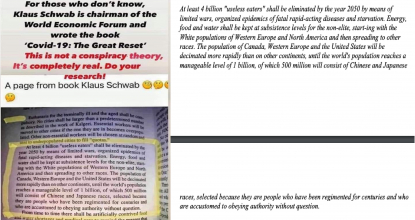 Moreover, the 1992 book falsely attributes the passage to the book The Open Conspiracy: Blueprints for a World Revolution written by the English author H.G Wells.

Further keyword searches on an online copy of the Wells book here did not find the said passage.

A spokesperson for the World Economic Forum confirmed to AFP on July 6 the passage in the misleading posts "is not part of Professor Schwab’s book the Great Reset".