A video has been viewed more than one million times in multiple social media posts that claim it shows Pakistan Prime Minister Imran Khan delivering a speech to parliament in June 2021 after his government announced its budget for the next fiscal year. But the video has been shared in a misleading context: it actually shows Khan speaking to parliament in March 2021 after winning a vote of confidence in the lower house.

The video was posted here on Facebook on June 29, 2021. It has been viewed more than one million times.

Screenshot of the video with the false claim. Taken on July 2, 2021.

The clip has been shared in a misleading context: it shows a speech by Khan from March 2021.

Below are screenshots of the footage in the misleading posts (L) and the video posted by the PTI (R): 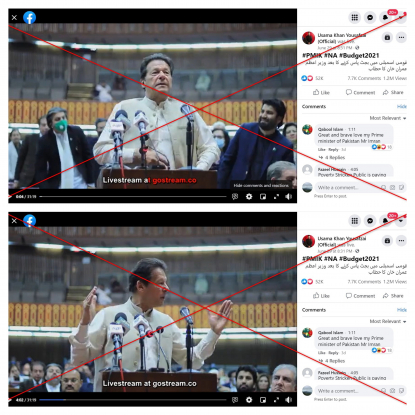 Screenshots of Imran Khan's speech with the false claim. Taken on July 3, 2021 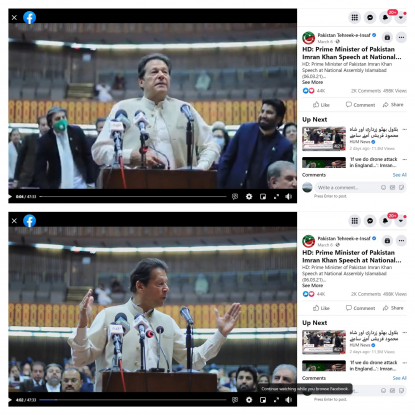