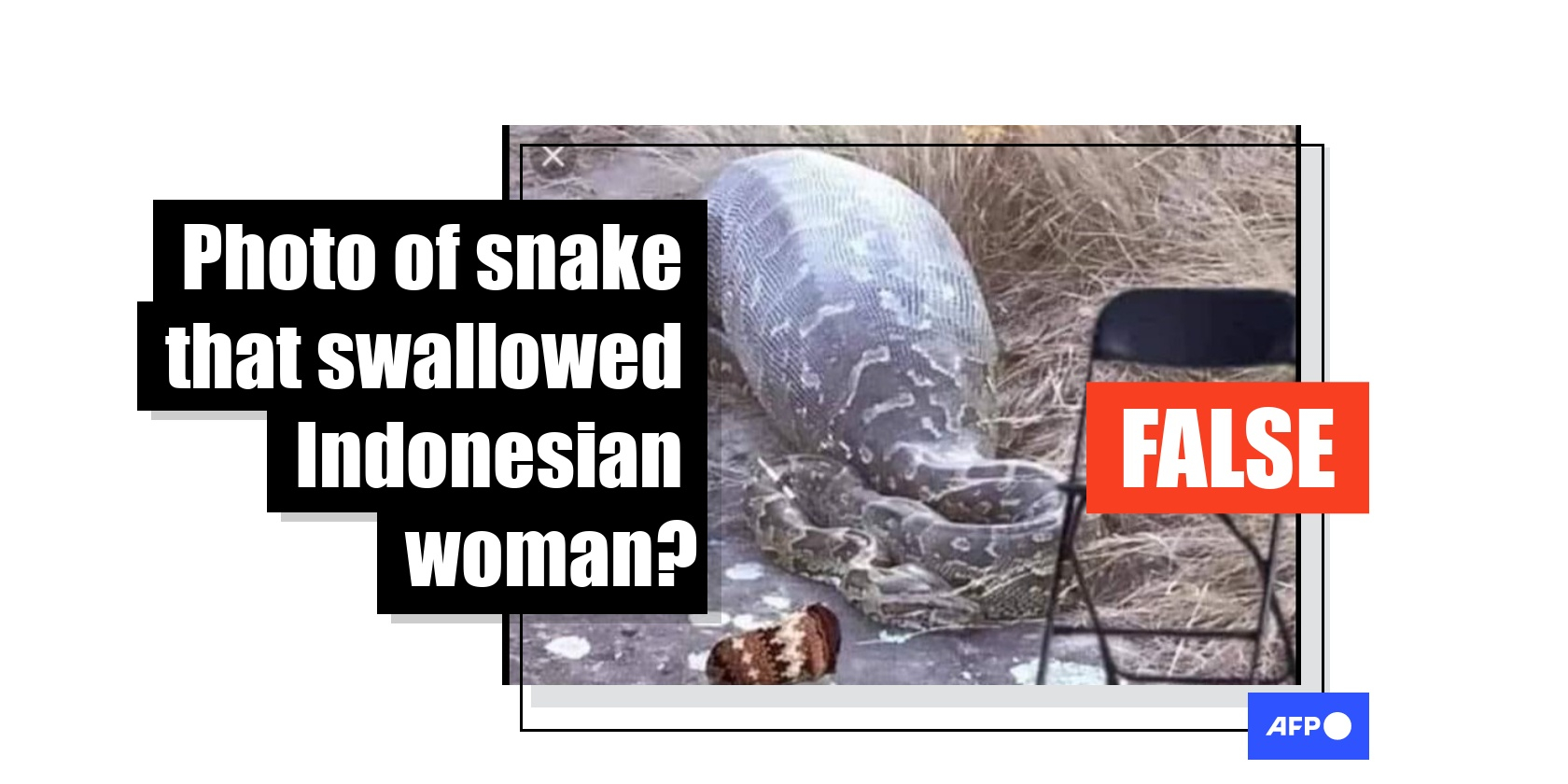 Photo shows python that ate porcupine in 2015, not Indonesian woman in 2022

A photo of a snake is circulating in Facebook posts that falsely link it to reports that a python swallowed a woman whole in Indonesia. While local media genuinely reported that a woman was eaten by a python in Indonesia's Jambi province, the photo shows a snake that died after it swallowed a porcupine at a game park in South Africa in 2015.

The photo of a snake with a bulging stomach was shared on Facebook on October 29, 2022. A picture of a chair and another object are superimposed in the foreground.

"In Indonesia, a woman was swallowed whole by a python when she went into the jungle to gather rubber," the Urdu-language post reads.

The post goes on to describe the case of a woman who was reportedly killed and swallowed whole by a python in Indonesia's Jambi province. 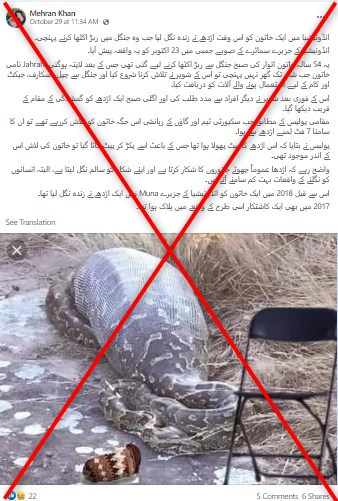 Multiple Facebook posts shared the photo, linking it to the woman's death, including here, here, here and here.

However, the picture has been shared in a false context.

A reverse image search found the photo in a report by Business Insider India from July 2, 2015 about a snake in South Africa that died after eating a porcupine.

"Unusual circumstances led to the premature death of one of the world's largest species of snakes, the African rock python, on June 20," the article says.

"An autopsy of the snake after it died showed that the animal inside was a 30-pound porcupine decked out with thousands of needle-sharp quills."

The photo is credited to Lake Eland Game Reserve, which posted it on Facebook on June 16, 2015. 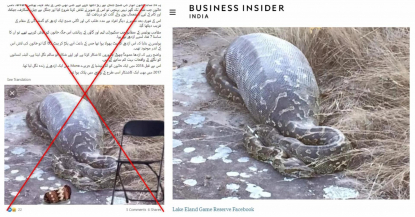 Lake Eland Game Reserve's Jennifer Fuller told AFP that the 3.9-metre (13-foot) snake should have been able to cope with the porcupine.

But she suspects the python became stressed from being watched by visitors fascinated by the bulge in its body -- and died when the quills got stuck as it tried to regurgitate the animal.

"It's not unusual for pythons to eat porcupines, it's part of their diet," Fuller said.

The snake died six days after swallowing the porcupine at the private game park near Durban.

AFP previously reported on a woman who was killed and eaten by a python in 2018 in the Indonesian island of Muna.