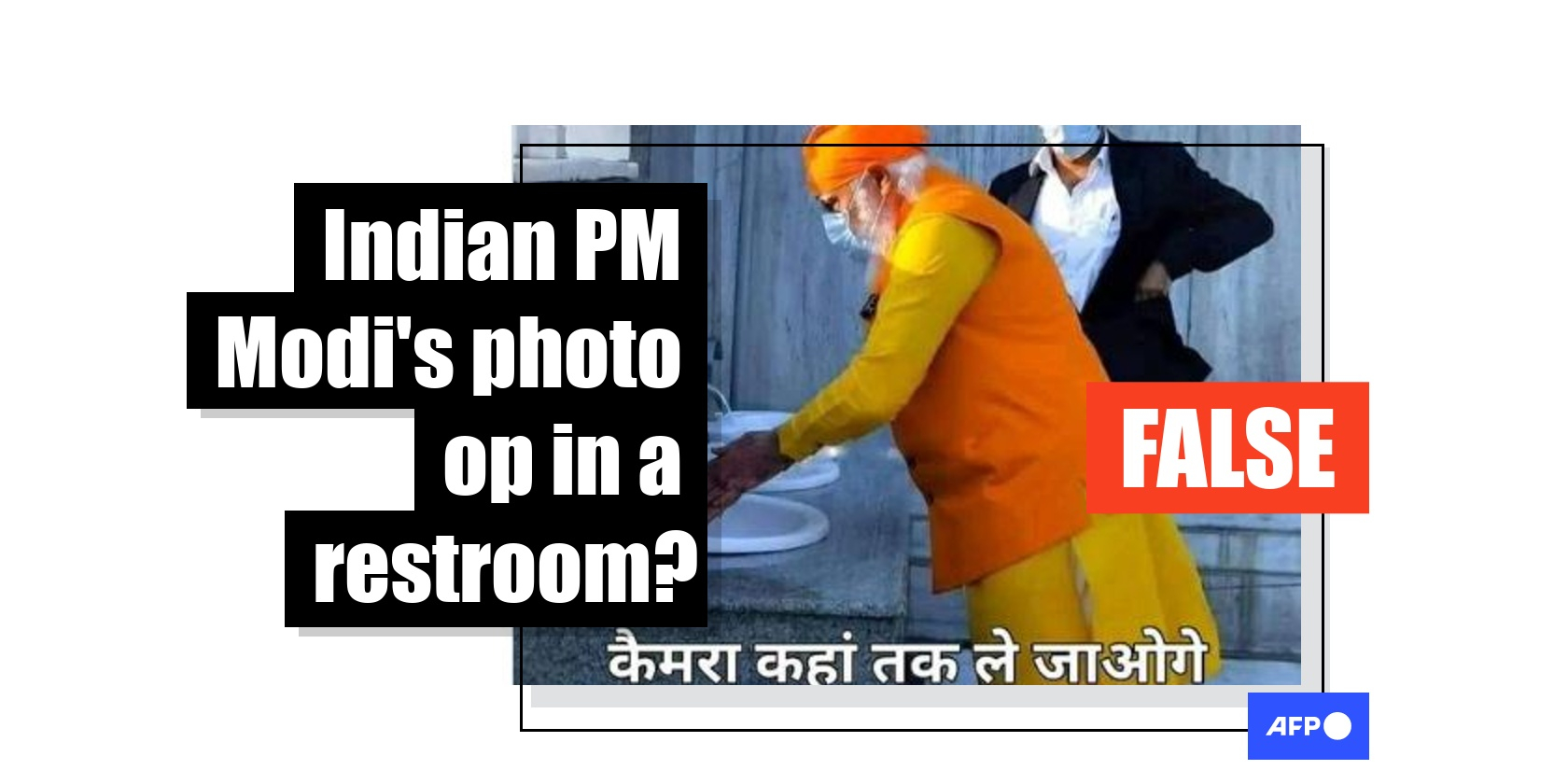 Photo shows Indian PM Modi washing hands at entrance of Sikh temple, not in a restroom

An image of Indian Prime Minister Narendra Modi washing his hands has been shared hundreds of times alongside a false claim that it shows him posing for a photo op inside a restroom. In fact, the photo shows Modi washing his hands at the entrance of a Sikh temple, also known as a gurdwara, in New Delhi. It is a custom to wash one's hands before entering a gurdwara.

The photo has been retweeted more than 1,800 times after it was posted here on Twitter on October 20, 2022.

It shows Indian Prime Minister Narendra Modi washing his hands at a wash basin while a man stands next to him.

"All that remains is to take the camera to the end of the restroom," reads the Hindi-language tweet, referring to the toilet. "Do you get it, friends?"

Hindi text superimposed on the picture says: "How far will you take the camera, Modi ji?" 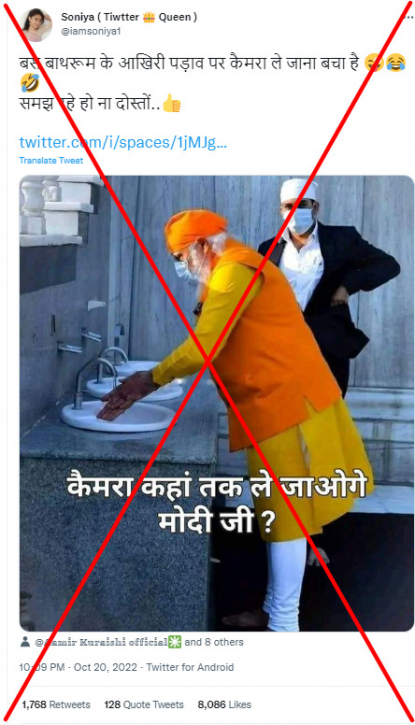 The photo has been shared with a similar claim elsewhere on Twitter here and here, and on Facebook here, here and here.

A reverse image search, followed by keyword searches, found that the photo was published in a report by India-based English daily The Free Press Journal on December 20, 2020.

The Gurdwara Rakab Ganj Sahib is a Sikh temple located in the Indian capital, New Delhi. 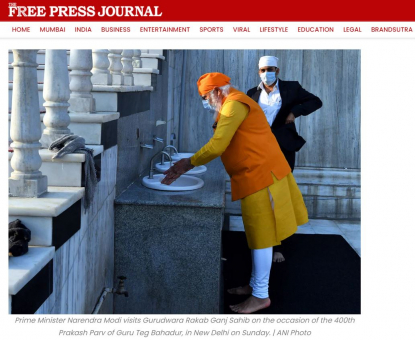 Screenshot of the photo in the Free Press Journal report

It is a custom to wash one's hands before entering a gurdwara.

Below is a screenshot comparison of the photo in one of false posts (left) and the genuine photo in the Free Press Journal report (right):

The picture in the Free Press Journal is credited to Indian news agency Asian News International, and can be seen here on its website.

Modi tweeted photos of his visit to the Sikh temple on December 20, 2022, such as here, here and here.

Indian English-language newspaper The Hindu reported that Modi had visited the temple on the anniversary of the martyrdom of Guru Tegh Bahadur, the ninth of ten gurus who founded the Sikh religion.

A picture of the wash basins at the temple entrance taken by an AFP journalist shows similar features as those seen in the Modi photo: 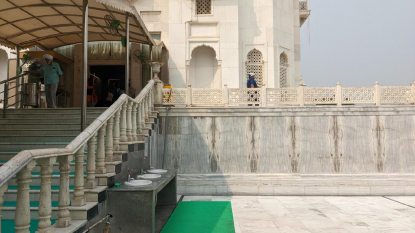