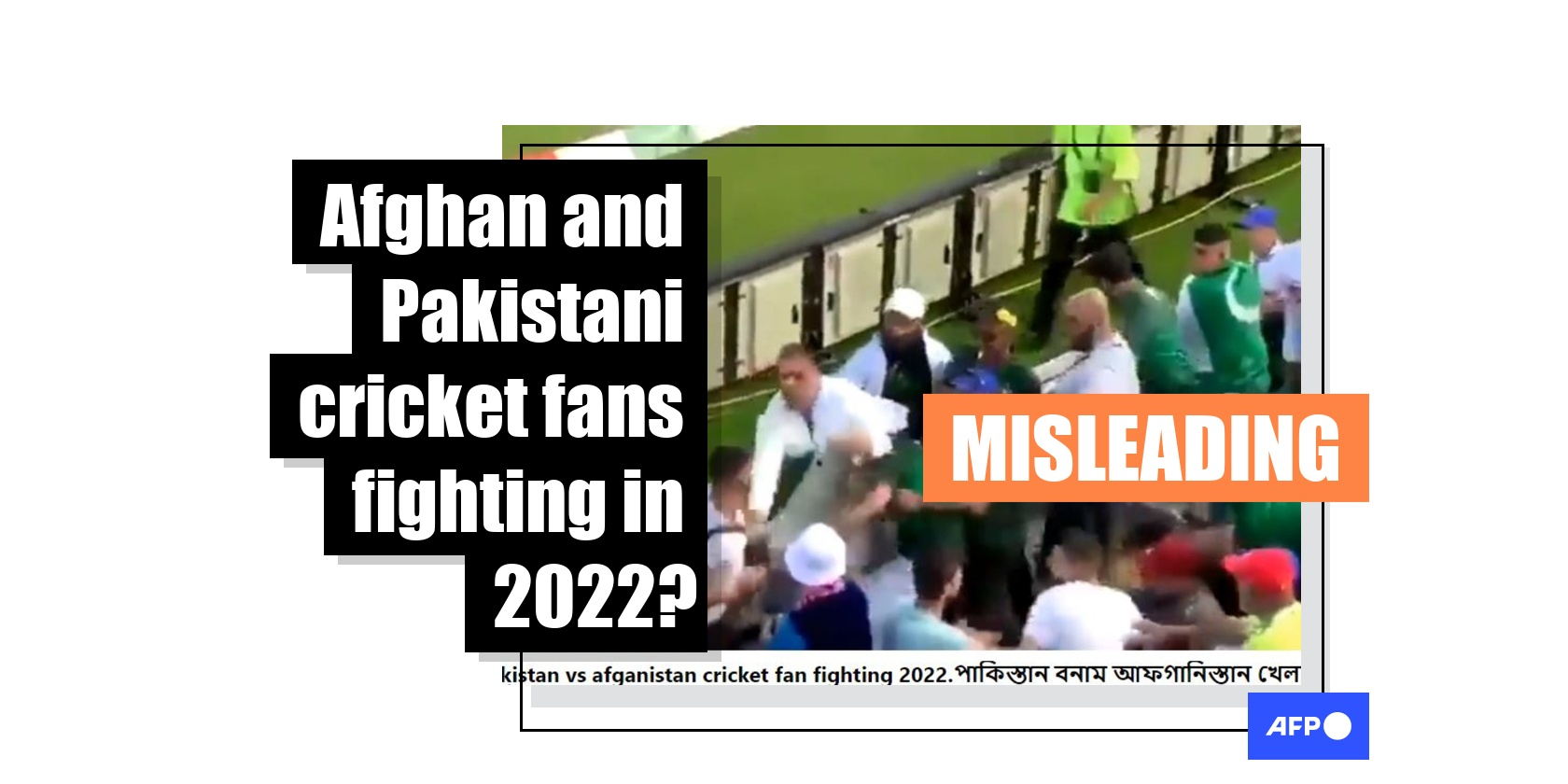 Footage of cricket fans trading punches is circulating in posts viewed thousands of times that claim it was filmed at a match between Afghanistan and Pakistan at the Asia Cup in September 2022, when clashes broke out between supporters. However, the video surfaced online in June 2019, when Afghanistan and Pakistan cricket fans brawled at a World Cup match in England.

The footage shows cricket fans at a stadium trading punches and hurling objects at each other. 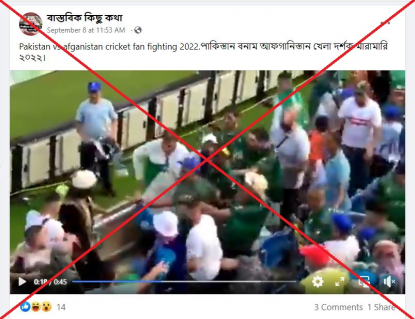 The video racked up thousands of views in similar Facebook posts here and here.

The posts surfaced as Pakistan cricket chief Ramiz Raja slammed "hooliganism" that broke out following a match between Afghanistan and Pakistan on September 7 at the 2022 Asia Cup, which was hosted by the United Arab Emirates.

Rising tempers shifted from the field to the stands, with videos circulating of Afghanistan fans ripping off seats and throwing them at fans in Pakistan shirts.

However, the posts circulating online show an old video.

Keyword searches and reverse image searches found the footage in an article about Afghanistan and Pakistan cricket fans scrapping at the World Cup in 2019. 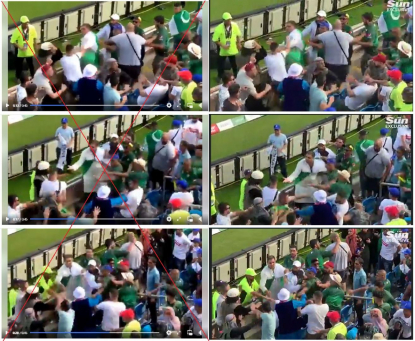 The report says the clashes took place on June 29, 2019 at Headingley Cricket Ground in Leeds.

The footage and screengrabs from it were widely shared online at the time, including here and here.

Fight breaks out between fans of Afghanistan and Pakistan cricket team at the #Headingley cricket stadium in Leeds after Pakistan betas Afghanistan. Poor level of security. Such scenes should never be allowed pic.twitter.com/l0rJAerXO9

The violence, which spilled out to the outside of the stadium, was sparked by the flying of a banner over the ground reading "Justice for Balochistan", AFP reported at the time.

Balochistan is a Pakistani province bordering Afghanistan that is rife with Islamist, separatist and sectarian insurgencies.

Political relations between the south Asian neighbours have been marked by years of distrust and blame.

The game's governing body said: "We do not condone any sort of political messages at the ICC Men's Cricket World Cup."