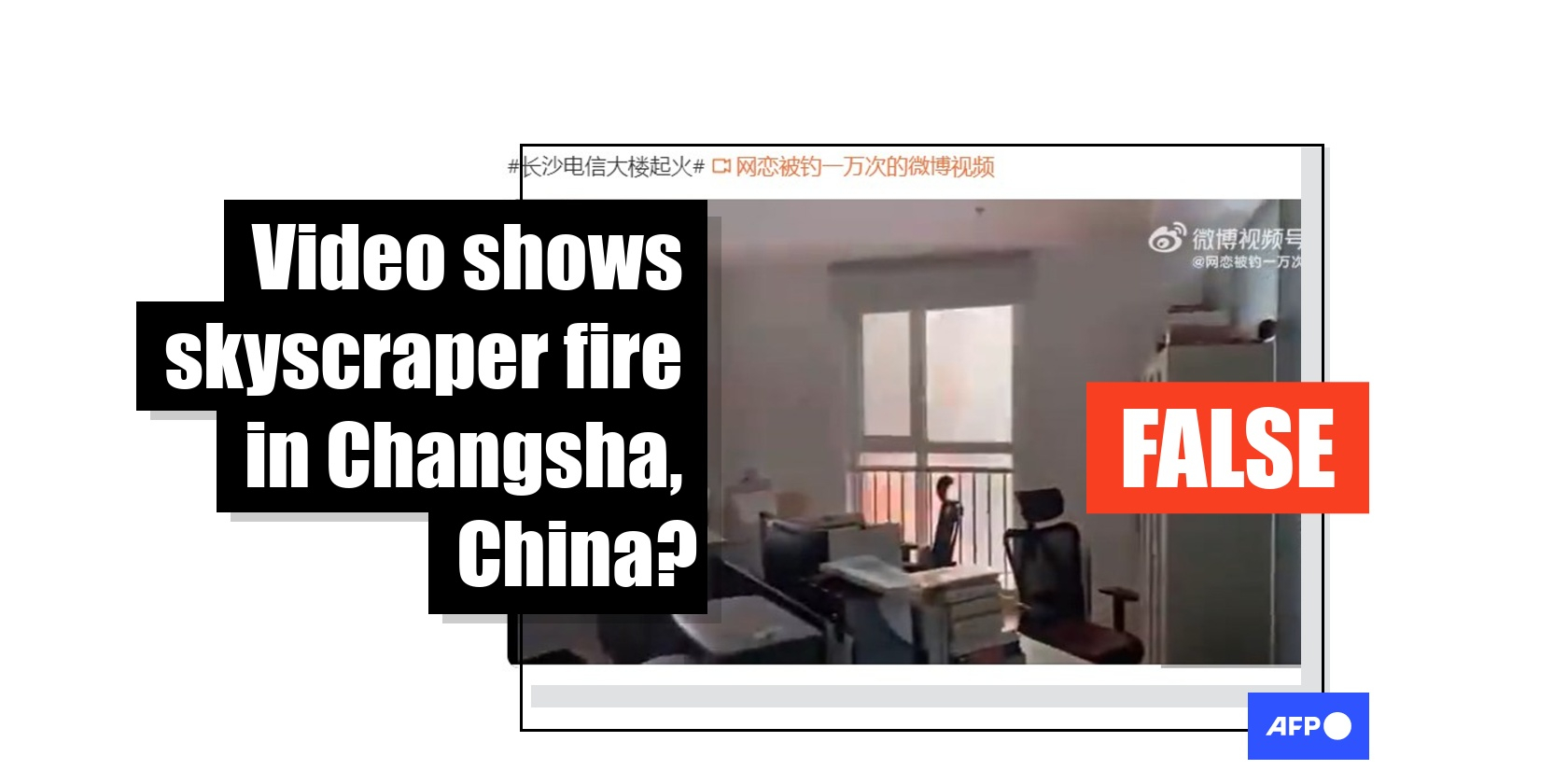 After a fire engulfed a skyscraper in the central Chinese city of Changsha, a video was viewed tens of thousands of times in Chinese social media posts alongside a claim it was filmed by workers trapped inside the building. The video, however, has been shared in a false context. It has been circulating in reports since March 2021 about a fire in northern China.

The video -- filmed from inside an office -- was published on Weibo on September 16. It has been viewed more than 28,000 times.

The post's simplified-Chinese caption reads: "The employees who work in the telecommunications building posted a video from inside the building.

"It feels so scary and suffocating. I hope you'll be safe. #ChangshaTelecomBuildingFire#."

In the clip, flames and smoke can be seen outside the building's window while a man says repeatedly in Mandarin: "It's up in flames!" 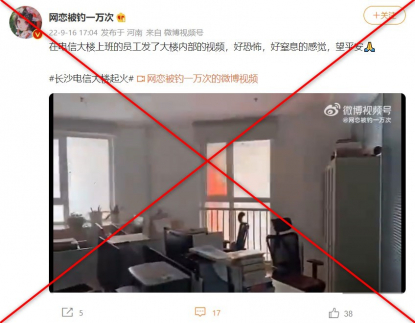 The video circulated online after a fire engulfed a skyscraper in the central Chinese city of Changsha, AFP reported, with authorities saying that no casualties were found.

The blaze broke out in a 42-floor building housing an office of the state-owned telecoms corporation China Telecom in Changsha, according to the state broadcaster CCTV.

The provincial fire department later said on Weibo: "The fire has been extinguished now, and we have not yet discovered any casualties."

The same video garnered more than 22,000 views after it circulated alongside a similar claim on Weibo, Douyin, Twitter and Baidu Blog.

Malaysian news organisation Oriental Daily embedded the video in a news report about the fire on September 16.

The video, however, has been shared in a false context.

A combination of reverse image and keyword searches on Baidu found a cropped version of the video published in a report by KNews, a Chinese state-owned news site, on March 9, 2021.

The same footage can be seen from the KNews video's 10-second mark.

The Weibo post's caption translates in part as: "A fire broke out in the Zhongxin Building in Chang'an District, Shijiazhuang, Hebei, on March 9.

"The fire has been mostly put out. It is reported that the fire burned the insulation layer.

"Shijiazhuang Fire Department announced that no one was injured in the fire. The cause of the fire is still under investigation."

Below is a screenshot comparison of the video in the misleading post (left) and the video from the KNews (right): 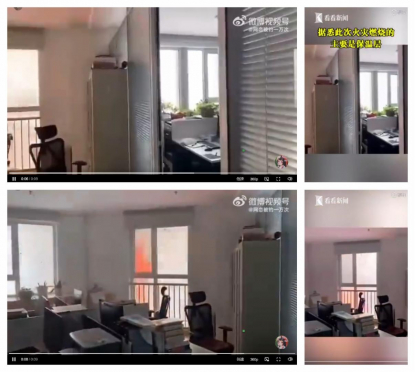 A screenshot comparison of the video in the misleading post (left) and the video from the news report (right).

Following the blaze, the Chinese government's national fire and rescue department issued a statement on Weibo on March 9 that reads: "The Shijiazhuang Fire Department dispatched 26 fire rescue stations, 71 fire trucks, and 308 fire rescue personnel to the scene and the fire was initially brought under control around 1:30pm."

The footage was also included in a video report about the Shijiazhuang fire by Chinese state-owned network Pheonix Television on March 9, 2021, seen at the 10-second mark.