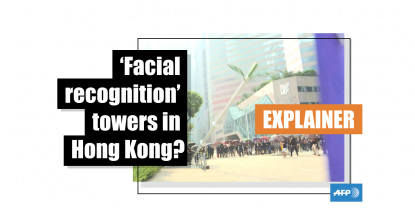 How smart are Hong Kong's lampposts?

Published on Wednesday 4 September 2019 at 11:00
Footage of black-clad masked men using an angle grinder to fell a lamppost has been viewed millions of times in Twitter and Facebook posts which claim it shows protesters in Hong Kong cutting down “facial recognition towers”. Hong Kong’s government says the structure in question was one of the city's 50 smart lampposts which do not have facial recognition functions, although some contain cameras; experts told AFP that images from almost any camera can be used for facial recognition; city documents show the smart lamppost being cut down in the video did not contain a camera.
Read more