A screengrab of an article claiming a DNA report revealed that an American milkman had fathered more than 800 children with his clients’ wives has been shared thousands of times in multiple Facebook posts. The claim is false;  the publication originates from a satirical website.

On January 17, 2022, a Kenyan Facebook page with more than 1.2 million followers shared a screengrab of an article headlined: “DNA Reveals Milkman Sired Over 800 Children With Clients’ House Wives (sic)”.

According to the article, the milkman, known as “Randall (Randy) Jeffries -- who believed he was sterile since he never had any children with his own wife -- managed to set this record in the 1950s and 1960s in Southern California”. 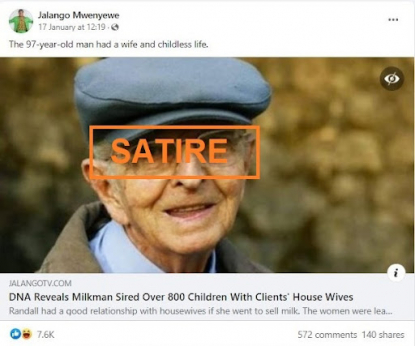 The screengrab has been shared in several African countries on Facebook (here, here and here). Articles based on the claim were also published on Nigerian and Kenyan blogs (see here and here).

However, the story is fabricated and originates from a satirical website called Daily News Reported. The site describes itself as “Not quite daily, not quite news” in the tagline at the top of its homepage. 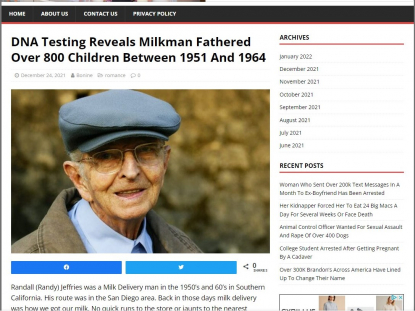 A screenshot of the Daily News Reported website showing the article

Additionally, in the site’s “About” section, the website explicitly warns that its articles are satirical.

“Daily News Reported is a fabricated satirical newspaper and comedy website. Daily News Reported uses invented names in all its stories, except in cases when public figures are being satirized. Any other use of real names is accidental and coincidental,” reads the description. 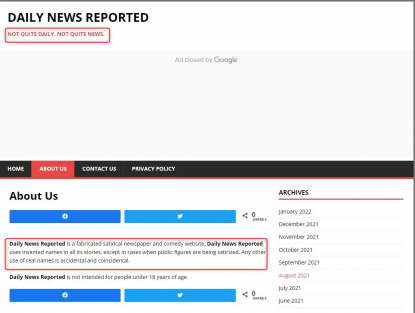 A reverse image search, using the search engine TinEye, shows that the picture of the elderly man is a stock image. 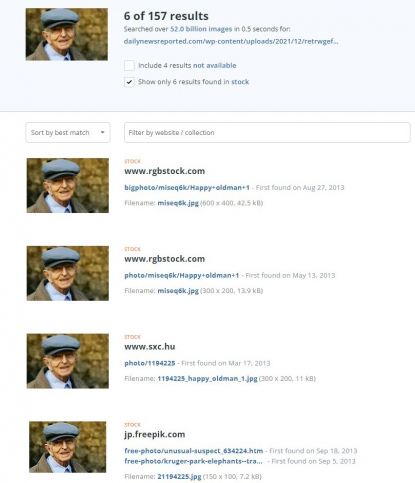 A screenshot of reverse image search results on TinEye, taken on January 26, 2022