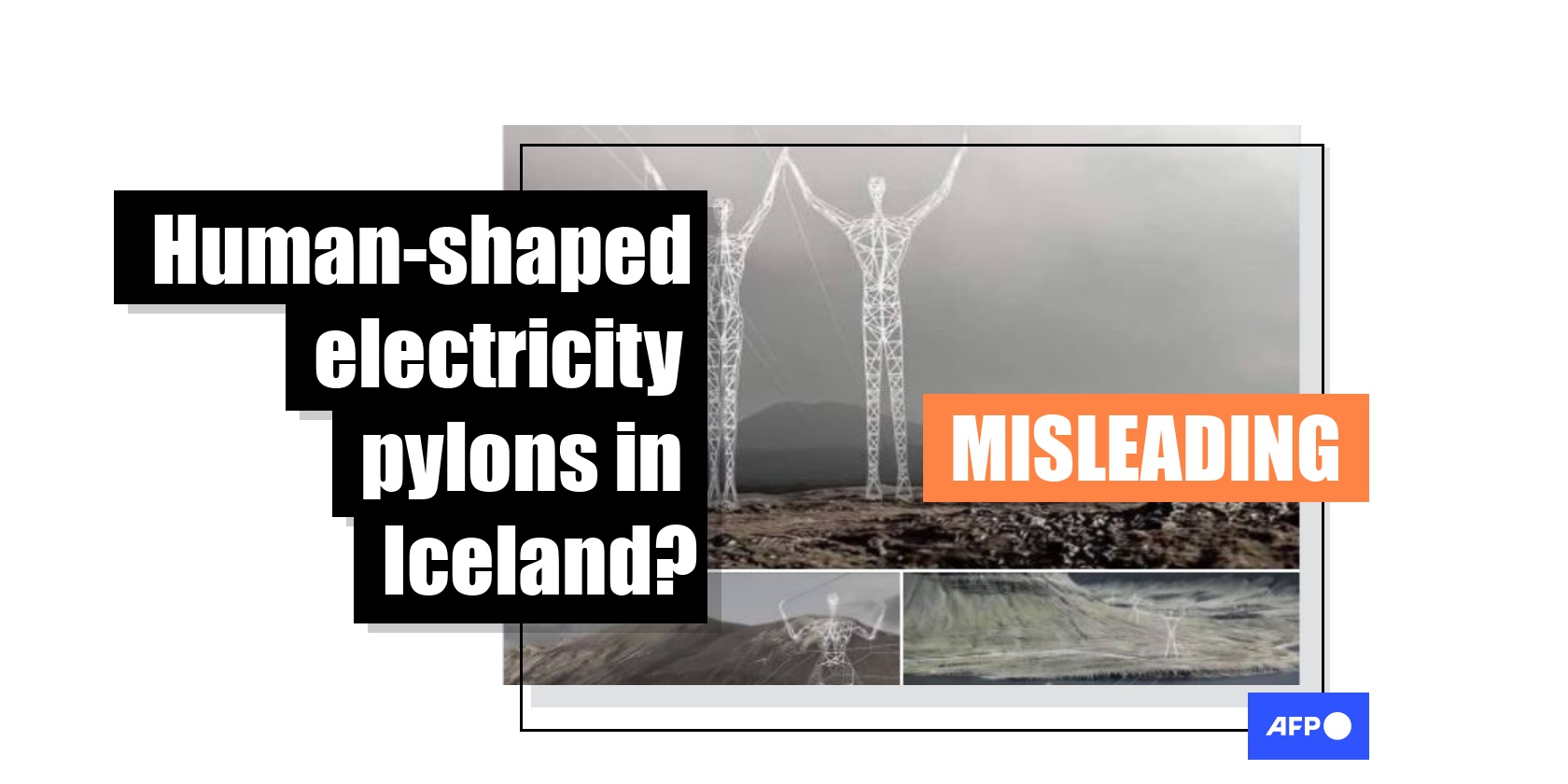 Facebook posts shared hundreds of times around the world claim to show images of human-shaped electricity pylons in Iceland. The claim is misleading; the images show a US-based architecture firm's proposal for electricity pylons that have not been constructed as of January 24, 2022. 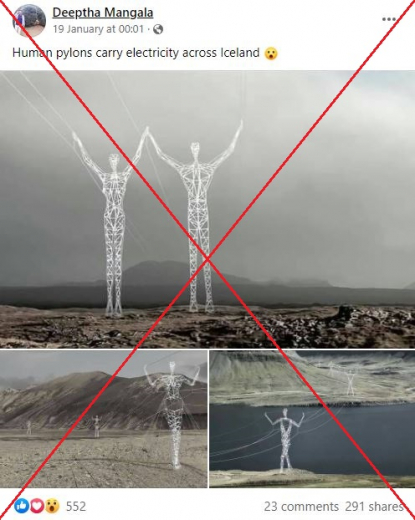 The same images circulated alongside a similar claim in other Facebook posts around the world -- including in Italy, Malaysia and the United States.

A reverse image search on Google found the picture on the website of US-based architecture firm Choi+Shine.

"This design transforms mundane electrical pylons into statues on the Icelandic landscape," it says.

The article features the three images circulating in misleading Facebook posts, accompanied by the photo caption "The Land of Giants™ : Proposal for Landsnet, Iceland".

Below are screenshot comparisons of the images from misleading posts (above) and Choi+Shine's website (below):

Screenshot comparisons of the images from the misleading posts (above) and the Choi Shine webpage (below).

Choi+Shine said in an Instagram post on May 14, 2021 that the design was being considered for construction in various countries, including Iceland, Norway, France, Korea, Canada, and the United States.

A spokesman for the architecture firm told AFP the pylons had not been built as of January 24, 2022.

"We have worked with several international power and transmission companies since the design was first released, including in Iceland, France, Norway, United States, Canada, and elsewhere," Choi+Shine representative James Wellnut said.

"The Giants have been designed and engineered, but not yet constructed."

Landsnet spokesman Einar Snorri Einarsson told AFP on January 25 that the pylons had not been constructed in Iceland.