A video that appears to show an erupting volcano filmed close-up from a boat has circulated in multiple social media posts claiming it shows the massive volcanic eruption in Tonga that triggered tsunami waves around the Pacific in January. In fact, the video shows computer-generated imagery published online before the Tonga volcano eruption. 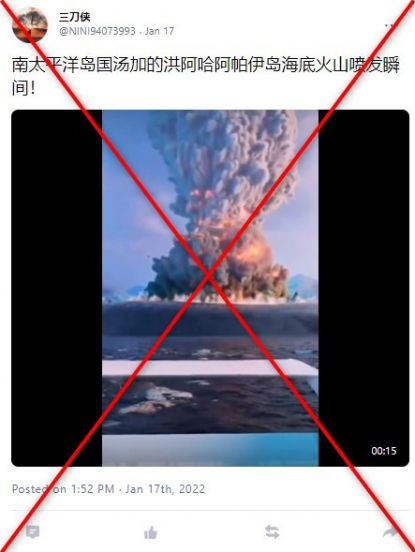 The video circulated days after the massive eruption of the Hunga Tonga-Hunga Ha'apai volcano triggered a tsunami that flooded Pacific coastlines from Japan to the United States. AFP reported on the eruption here.

The video was also viewed thousands of times in similar posts on Twitter here and here.

However, the video is computer-generated.

A reverse image search on Google found a longer version of the video published on Instagram on November 29, 2021. The Instagram video's caption includes the hashtags "#animation" and "#cgi".

Below is a screenshot comparison of the video in the misleading post (left) and the Instagram video (right). 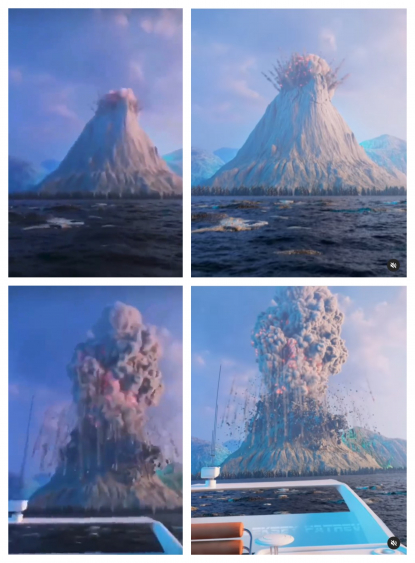 The video was also published on TikTok and NFTb. These posts identify the artist who created the video as Aleksey Patrev.

Patrev told AFP the video "is computer graphics and has nothing to do with reality."

He also shared the videos below that show how the animation was created using digital effects.